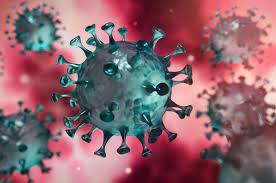 I’ve written at length about the bizarre lack of acknowledgment of COVID survivors who possess natural immunity. They should be recognized if not thanked as the indispensable contributors to the herd immunity once so desired in America. Instead, the nation’s vax fanatics, consumed by a herd mentality, wholly ignore them, to the detriment of a rational response to the pandemic.

The CDC says that 35 million Americans have tested positive for COVID. Of course, as I noted here months ago, the real number is much higher. In my own family, at least eight of us had COVID, but only two appear on CDC rolls as having tested positive. Countless households infected with COVID have a family member who tested positive while others did not bother getting a test to confirm the obvious and risk exposing others.

In fact, the CDC estimates that at least 120 million Americans have had COVID. That estimate is of colossal importance to the vaccination debate. Consider that, according to the CDC, as “of August 19, 2021, nearly 200 million people in the United States have received at least one dose of a COVID-19 vaccine.” Many people who tested positive for COVID-19 also got the vaccine, but many others did not. This means that there are more than the 200 million people who have some sort of immunity to COVID.

As I noted at length here previously, COVID survivors have long-lasting immunity. To quote a peer-reviewed study published in the journal Nature, patients who have recovered from COVID develop “long-lasting immunity,” with “antibody-producing cells” that “live and produce antibodies for the rest of people’s lives.” There was also a massive study by Cleveland Clinic, conducted on 52,238 employees, which concluded categorically that individuals who had COVID “do not get additional benefits from vaccination.”

More and more research confirms the predictable superiority of natural immunity over artificial immunity. That’s not a surprise. In immunology (which I worked in for four years), there was a saying: infection beats injection. Sure, one would rather not be infected, but when it comes to immunity, it’s almost always stronger for those who survived infection than for those who received artificial injection.

But you can’t tell that to a mad vaxxer, many of whom seem more influenced by ideology than medical research.