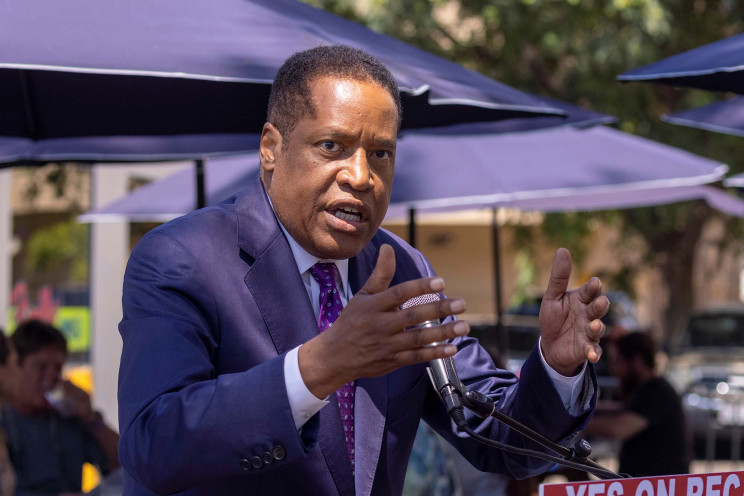 California’s Sept. 14 recall election could shift the balance of the US Senate.

Larry Elder, the Republican best positioned to replace Gov. Gavin Newsom, would have the sole power to name a replacement for 88-year-old Democratic Sen. Dianne Feinstein in the evenly divided body — and hinted he might do just that.

Feinstein, a six-term senator from California, is the Senate’s oldest member. She has faced sharp criticism from fellow Democrats in recent months over her mental acuity — grumblings that forced her to give up her perch as the chair of the Senate Judiciary Committee in December.

“They’re afraid I would replace her with a Republican — which I most certainly would do and that would be an earthquake in Washington DC,” he said.

Democrats control the Senate by the barest possible margin. Only the tie-breaking vote of Vice President Kamala Harris keeps Majority Leader Chuck Schumer in his role.

In a poll released this week, Elder was the choice of 26 percent of California voters who favor ousting Newsom, whose pandemic policies have been widely unpopular in the Golden State.