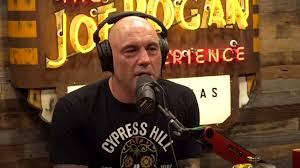 When Joe Rogan got Covid in August, many on the left wanted him to get severely ill. Much to their dismay, Rogan not only recovered, but he recovered within a few days.

Rogan said he took monoclonal antibodies, ivermectin, and various other drugs to combat the Chinese coronavirus. When the media heard that he took ivermectin, they began lying through their teeth by saying that he took a “horse deworming” medication. This, like everything else they say, was fake news.

There is a human version and an animal version of ivermectin. Rogan was PRESCRIBED the human version by an actual Doctor, but CNN chose to lie about him anyway.

When CNN’s go-to “Doctor” Sanjay Gupta stopped by to be interviewed on Rogan’s podcast on Wednesday, Joe let him have it.

After Gupta said he was “glad” to see that he recovered well, Joe took a blowtorch to the fake news network.

“Thank you,” Rogan replied. “You’re probably the only one at CNN who’s glad. The rest of them are all lying about me taking horse medication.”

“That bothered you,” Gupta said, implying that the statement was just “bothersome” and not an outright lie.

“It should bother you too,” Rogan fired back. “They’re lying at your network about people taking human drugs versus drugs for veterinary.”

“Calling it a ‘horse dewormer’ is not the most flattering thing, I get that,” Gupta admitted.

“It’s a lie,” Rogan firmly responded. “It’s a lie on a news network… and it’s a lie that they’re conscious of. It’s not a mistake. They’re unfavorably framing it as veterinary medicine.”

“Why would they lie and say that’s horse dewormer?” Rogan asked. “I can afford people medicine motherf–er. It’s ridiculous! It’s just a lie! Don’t you think that a lie like that is dangerous on a news network when you know that they know they’re lying?… Do you think that that’s a problem that your news network lies?”

“Does it bother you that the network you work for out and out lied, just outright lied about me taking horse dewormer,” Rogan pressed Gupta.

Watch the exchange below:

“They shouldn’t have said that,” Gupta reluctantly conceded..

“Why did they do that?” Rogan persisted.

“You didn’t ask? You’re the medical guy over there!” Rogan continued.

The CNN “doctor” had literally nothing to say because he knew that he and his fake news network were in the wrong.

Kudos to Rogan for holding his feet to the fire. If more people did this to CNN anchors, maybe they would tell the truth for once in their lives.