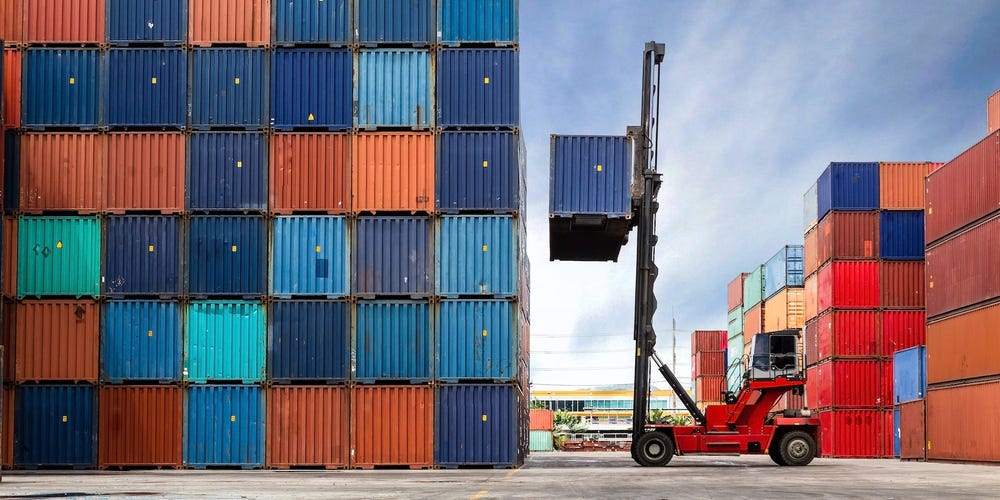 With a backlog of container ships at ports in Los Angeles and Long Beach and workers unloading shipments 24 hours a day, the Southern California area has an excess of empty shipping containers with nowhere to go — and local neighborhoods have already begun to feel the impact.

Shipping containers have begun to line the streets of a Wilmington, California neighborhood, according to CBSLA. The glut of empty containers has even left some local residents trapped in their homes, the news outlet reported.

One local, Sonia Cervantes, told CBSLA that a nearby trucking company left containers and trailers strewn across her street without a driver in sight.

“I would have to go in at 6:30 a.m. to go to work,” Cervantes said. “There was a trailer already blocking my driveway so I couldn’t get out. With no driver in the trailer, so we would honk and honk, and it was just crazy.”

The owner of the nearby trucking company, Frank Arrieran, told CBSLA his company’s lot only fits 65 shipping containers. With ports in dire need of relocating the empty containers, he’s had to resort to parking them along the road. Though, he said the company is working with city officials to find a bigger yard to store the containers.

“Right now with the ports and everything that’s going on over there, we’re stuck with the containers, having to bring them all to the yard, and we only have so much space,” Arrieran said.

Warehouses and trucking companies across the US are facing a shortage of space, equipment, and workers. About 98% of warehouses in Southern California’s logistics-heavy Inland Empire region are fully occupied, while the entire Western U.S. has a 3.6% vacancy rate, The Wall Street Journal reported earlier this month. On Friday, one of the largest logistics companies in the US said it had “effectively sold out“ of warehouse space.

Backlogs have also created a shortage of equipment throughout the supply chain, including shipping containers and chassis as the products wait for extended periods of time in ports and shipping yards. Some companies have even taken to storing their goods in the containers in order to avoid paying extra for storage space in warehouses.

Last week, President Joe Biden announced that the White House was working with the Port of Los Angeles to coordinate 24/7 operations for unloading cargo ships. Prior to the announcement, Port of Los Angeles Executive Director Gene Seroka had indicated extended hours would do little to address the backlog — even creating a clog further down in the supply chain as warehouses, trucking companies, and railroads struggle to coordinate and keep up with demand.

“The issue is non-linear,” Mike Tran, RBC’s managing director for digital intelligence strategy, told Insider. “It’s not just about getting people to work or extending hours. The issue has spread throughout the entire supply chain, each leg of the journey is delayed.”