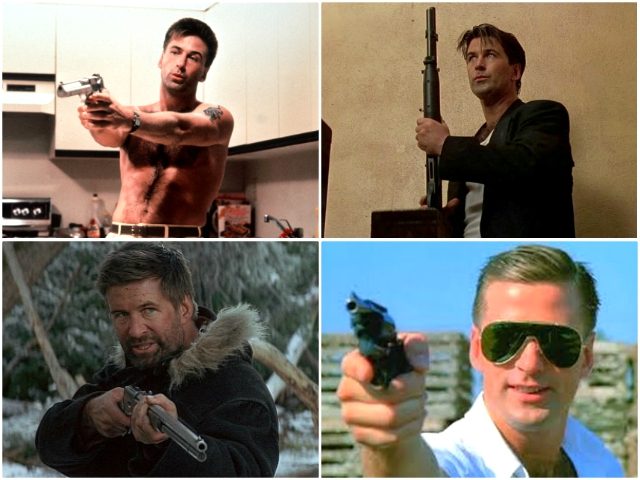 Alec Baldwin has been a vocal critic of the Second Amendment and the NRA for years, calling on Congress to re-think Americans’ protected right to bear arms. But when it comes to cashing that Hollywood check, Baldwin has been more than willing to carry a fire arm on the big screen.

From his breakout role as CIA analyst Jack Ryan in The Hunt for Red October to his role as a loquacious Boston cop in The Departed, Baldwin has wielded guns in movies for decades. He even handled a gun in the NBC sitcom 30 Rock, where he played a network boss.

On Thursday, Baldwin discharged a prop gun on the set of a western movie he was filming in New Mexico, resulting in the death of the movie’s cinematographer and injury of its director. The apparent accident is under investigation by law enforcement.

In his first statement since the incident, Baldwin expressed “shock and sadness” in a tweet on Friday.

“There are no words to convey my shock and sadness regarding the tragic accident that took the life of Halyna Hutchins, a wife, mother and deeply admired colleague of ours. I’m fully cooperating with the police investigation,” he tweeted. “My heart is broken for her husband, their son, and all who knew and loved Halyna.”

Here are seven movies in which Baldwin carried and used fire arms, with the usual spoiler caveats.

In the climactic scene, after Captain Marko Ramius (Sean Connery) is wounded, CIA analyst Jack Ryan (Baldwin) must hunt down the rogue shooter aboard the Red October. Ryan eventually confronts his adversary — the submarine’s cook — and guns him down before he can destroy the vessel.