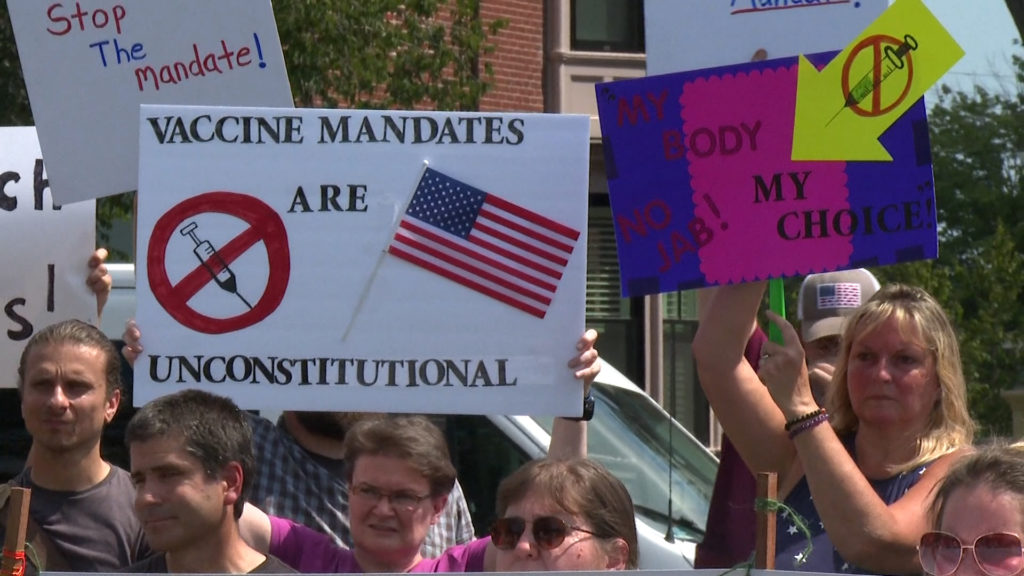 The extent to which states and/or employers might adopt COVID-19 vaccine mandates remains an open question but could affect the distribution and uptake of vaccinations.

Key takeaways include the following:

As COVID-19 vaccination efforts progress, it will be important to monitor any changes in government or employer policy as well as public opinion on vaccine mandates.

The extent to which states and/or employers might adopt COVID-19 vaccine mandates remains an open question but could affect the distribution and uptake of vaccinations. A substantial share of the population must acquire immunity, either through vaccination or previous infection, in order to get the pandemic under control. With several vaccines available for emergency use in the U.S. and distribution efforts underway, policymakers and public health officials are increasingly focusing on ways to accelerate the pace and maximize the extent of vaccine uptake. These efforts include increasing vaccine supply and relaxing eligibility requirements, public education and outreach campaigns, ensuring the accessibility of vaccine administration sites, job-based incentives, and even mandates. Indeed, COVID-19 vaccine mandates are likely to become a more prominent issue as soon as any one of the current vaccines operating under an EUA is approved and licensed by the FDA.

The federal government’s authority to institute a general vaccine mandate is unclear, and has not yet been tested in the courts, though it is likely limited at best. The Commerce Clause of the U.S. Constitution gives Congress the power to regulate commerce between states as well as with foreign countries. Drawing on this authority, the Public Health Service Act (PHSA) authorizes the HHS Secretary to adopt quarantine and isolation measures to prevent the spread of communicable disease among states but does not specifically mention federal vaccine mandates. Read broadly, the PHSA might allow the federal government to mandate vaccines to prevent the transmission of infectious disease between states or from foreign countries, though such measures have not been adopted – or reviewed by courts – to date. It is clear that the federal government does have authority to mandate vaccines for members of the military, and those targeted mandates have been upheld by courts. In addition, federal law mandates certain vaccinations for immigrants seeking to enter the U.S. General vaccine mandates, however, are generally within the purview of state and local governments, as explained below, with the federal government playing a supporting role. For example, the increase in the number of states requiring vaccination to attend school is attributed to “urg[ing]” from the CDC after measles outbreaks in the 1960s. Otherwise, the federal government’s public health efforts have been largely focused on quarantine and isolation, rather than vaccine mandates.

The U.S. Supreme Court upheld a state vaccine mandate over a century ago, in a case setting out the legal test still applied today. The vaccine mandate in that 1905 case, Jacobson v. Massachusetts, is based on states’ broad authority to regulate individual rights to protect the general health, safety, morals, and welfare of society as a whole, known as the police power. Jacobson involved a city board of health law requiring all adults over age 21 to be vaccinated against smallpox during an outbreak. The city vaccination mandate was adopted pursuant to a state law that authorized local boards of health to “require and enforce” vaccination if “necessary for the public health or safety.” An individual who was fined for refusing to be vaccinated challenged the law, citing general concerns about the vaccine’s safety and efficacy. The Court deferred to the legislature’s judgment that vaccination was a safe and effective means of preventing smallpox and upheld the law as a reasonable regulation of public health and safety. The Court noted that individual constitutional rights are not absolute in all circumstances but instead are subject to “manifold restraints to which every person is necessarily subject for the common good.” The Court concluded that “upon the principle of self-defense, of paramount necessity, a community has the right to protect itself against an epidemic of disease which threatens the safety of its members.”