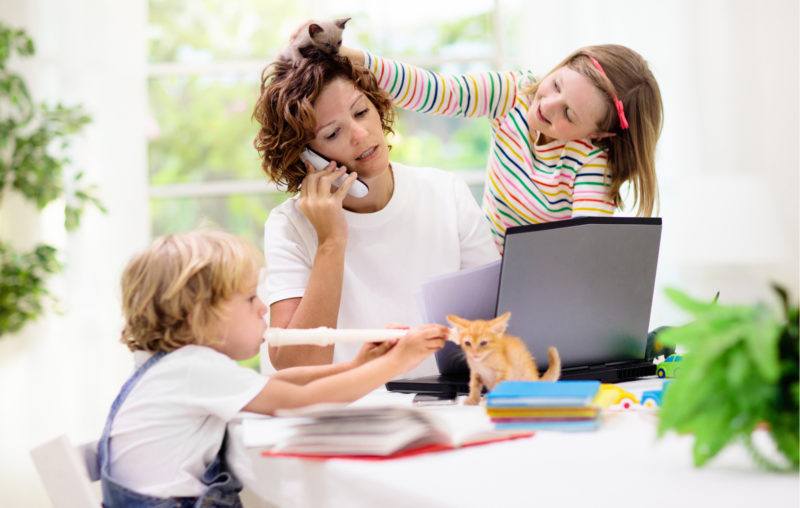 Statewide mandate ‘final straw’ for some parents on fence about homeschooling

Only hours after Governor Gavin Newsom announced a COVID-19 vaccination mandate for all schoolchildren of FDA approval age in California, homeschooling and tutoring inquiries shot up dramatically, with some homeschooling sites even going down to the sheer volume of users searching for help.

While the mandate, which covers all public and private school children, does allow for either independent study or homeschooling options if they don’t receive the vaccine, many parents in California have seen the new mandates a concerted effort to increase vaccinations. As the Globe noted last month, parents have already pulled 160,000 students from public schools due to the pandemic, fueling a homeschooling boom since last year.

Recent vaccination mandate announcements by large public school districts, such as Los Angeles and San Diego, had already led to a significant number of new home schooling and private school searches. But with the statewide mandate now also covering private schools such as academies, Montessori schools, and Catholic schools, those who assist with homeschooling transitions are now inundated with questions.

“Since this morning, I’m at 3,000 e-mails from parents asking for homeschooling help,” said Alyssa Hutchinson, an Orange County homeschool transfer advisor who helps parents move to homeschooling options online, to the Globe on Friday. “That is an insane number of inquiries.”

“Since March of last year, I’ve seen my website traffic stay high. During the summer it dipped down, but once the Delta variant hit, it shot back up. And I can always tell when another city puts in mandates because of the small “peaks”. My husband calls them waves. Well, following that nickname, today was just a tidal wave.”

Hutchinson’s website traffic and e-mail levels have largely correlated to wider Californian and US homeschooling rates. However, she also noted several other factors that caused today’s spike.

“Newsom’s mandate, yeah, that’s what did it. But it was larger than it should have been because it covered private schools. Private schools were seen as the option last year because they could escape some of the COVID-19 requirements, with the big point being that many could stay open for in-person learning while most others went remote. Even Newsom did that with his kids. But with vaccination mandates now in, the only place where parents can go, really go, is home schooling.”

“If public schools were not covered, I would have still seen a huge number of emails asking for help, but not this many. There’s just no more options.”

California parents who don’t want vaccinations ‘Out of options’

Tonya Pulaski, a stay-at-home mom who homeschools her kids in Modesto, and runs a website giving information to parents on how to homeschool their kids, said in an interview with the Globe that she experienced something similar on Friday.

“My website has been down since about 10 this morning,” said Pulaski. “So many parents went there for help. And I know my server can handle a lot of traffic. My daughter runs some YouTube and Tiktok things that get a lot of views, and she never crashed it before. This did. She even said she was jealous of my traffic which she has NEVER said before.”

“This just shows just how many desperate parents are out there. There’s a lot of sites you can go to for help, and right now California parents are looking for anything.”

With homeschooling requests already spiking in response to Newsom’s mandate, the number of new homeschoolers in the upcoming school year are expected to be the highest recorded amount in Californian history.

“One parent wrote me in an email ‘We need anything,’” added Hutchinson. “‘We cannot allow forced vaccinations. We have no where else to turn.’ Another mom called me directly and started crying for any help. I don’t think anyone expected this.”

“And honestly, it’s going to stay this bad for quite some time. A lot of people will be putting in for homeschooling all at once. There is going to be one heck of a traffic jam in October.”

While there are exemptions to the mandate, such as a personal belief exemption, both Hutchinson and Pulaski said that many parents fear not being accepted for an exemption, or the exemption later being pulled, necessitating the move to homeschooling.

“They just don’t trust [the state] any more on these matters,” said Pulaski. “This was the final straw.”