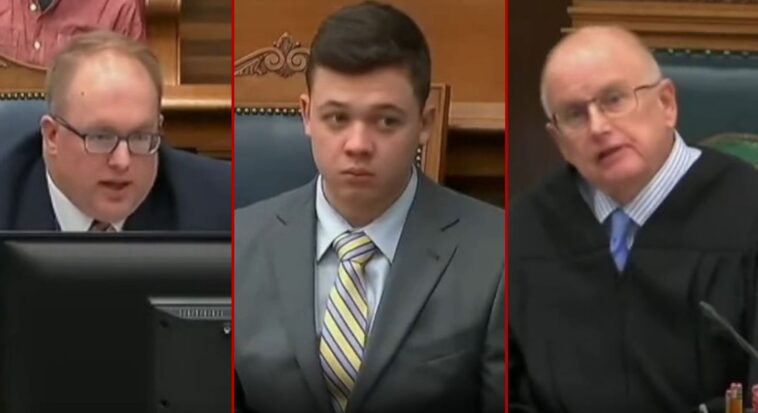 Judge Bruce Schroeder, after watching the prosecution’s painful explanation for withholding high-resolution video evidence in the Rittenhouse case, has called for “competent testimony” to be “taken under oath” to explain the screw-up.

The judge is deliberating whether or not to rule the Rittenhouse case a “mistrial with prejudice” after the defense’s motion pointed out the state had withheld potentially exculpatory evidence that could clear its client.

The defense team’s motion was shared by Human Events Senior Editor Jack Posobiec on late Tuesday night. It reveals the prosecutorial misconduct that would potentially lead to a “mistrial with prejudice.”

The motion argues that the state has “repeatedly violated instructions from the Court, acted in bad faith and intentionally provided technological evidence which was different from theirs.”

In closing, the motion stated that the “defendant respectfully requests the Court find “prosecutorial overreaching” existed, that “overreaching was intentional and in bad faith,” and thereby grant the defendant’s motion for a mistrial with prejudice.

As earlier reported, there is a strong belief that the jurors are being intimidated. Reportedly, two of the jurors are afraid to come forward with their verdicts, citing “backlash,” according to Human Events Senior Editor Jack Posobiec, who says his source is a U.S. Marshal in Kenosha.

They are “worried about media leaking their names, while will happen to their families, jobs, etc.,” he added. Posobiec also said the concerns included “doxxing threats from ‘anarchist groups’.”

Notoriously, Black Lives Matter activists have been caught attempting to dox the jury members in the case.

“This morning at the pickup there was someone there [who] was video recording the jury. The officers approached the person and required him … to delete the video,” Judge Bruce Schroeder told his courtroom Tuesday. “If it happens again” police are “instructed to take the phone” used to record the court, the judge added.

One prominent Minneapolis BLM activist named Cortez Rice, who was apparently close to George Floyd, said ominously that the jury is being watched.

“Cortez Rice, who is a BLM activist in Minnesota, says on video that jurors in the Kenosha trial of Kyle Rittenhouse are being photographed,” Wisconsin Right Now reported.

“The names of the jurors in the trial were sealed by the judge making it harder for them to be doxxed,” the report added. :However, the public has access to the court proceedings, where the jurors sit in plain view. Only journalistic pool photographers are allowed inside the courtroom.”

However, Rice told a different story on video.

“I ain’t even gonna name the people that I know that’s up in the Kenosha trial. But it’s cameras in there. It’s definitely cameras up in there. There’s definitely people taking pictures of the juries and everything like that,” Rice says in the video.