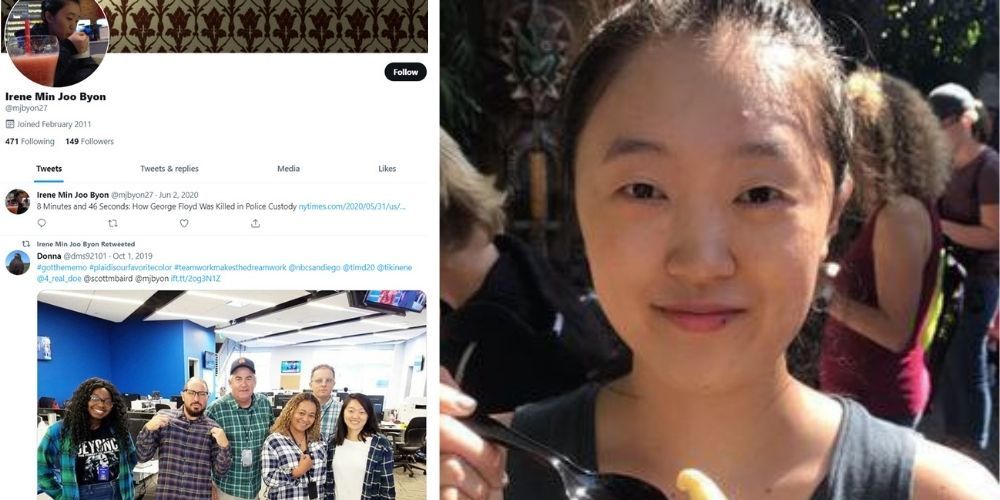 Following the identification of NBC booking producer Irene Min Joo Byon on Thursday as the person who instructed an independent journalist affiliated with MSNBC to follow the jury bus in the Rittenhouse case, Byon has deleted both her Twitter and LinkedIn accounts.

On Thursday afternoon, Kenosha Judge Bruce Schroeder informed the courtroom of an incident regarding a man that identified himself as “James J. Morrison,” who was pulled over for going through a red light, and was following the secure jury bus at around a one block distance. He told police that he was working for Irene Byon, who is a booking producer for NBC. NBC later confirmed that this Morrison was working for them at the time.

When confronted by police, who issued him traffic citations, he told the officers that Byon had instructed him to follow the jury bus. As a result, Schroeder has banned MSNBC from the courtroom.

“And last evening a person who identified himself as James J. Morrison, who claimed that he was a producer with NBC news but for MSNBC… under the supervision of someone named Irene Byon in New York, for MSNBC. Police stopped him, because he was following in a distance of about a block,” said Schroeder.