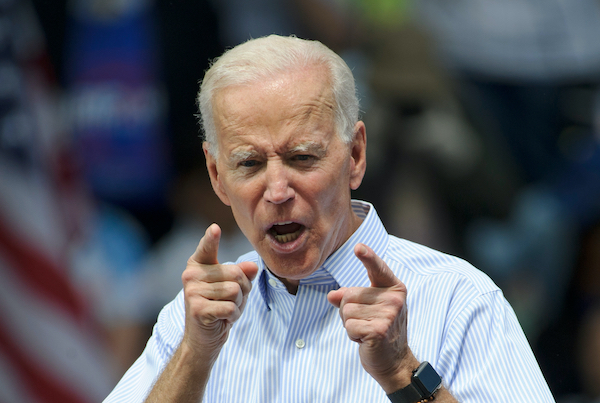 PHILADELPHIA - MAY 18, 2019: Former vice-president Joe Biden formally launches his 2020 presidential campaign during a rally May 18, 2019, at Eakins Oval in Philadelphia.

“…..the verdict in Kenosha will leave many Americans feeling angry and concerned, myself included….”

After a few painstakingly long days, the Kyle Rittenhouse jury came up with their unanimous verdict; not guilty on all 5 counts.

Shortly after the verdict was announced, Biden told reporters Friday afternoon that he stood by the jury.

Biden said ‘just heard a moment ago’ about the verdict, and that he ‘didn’t watch the trial, which featured clashes between the prosecution and defense lawyers and testimony by the accused teen in an event that got gavel-to-gavel cable news coverage.

A short time later though, the White House released a written statement for Biden on the Rittenhouse case, this time with a social justice bent to it.

“While the verdict in Kenosha will leave many Americans feeling angry and concerned, myself included, we must acknowledge that the jury has spoken. I ran on a promise to bring Americans together because I believe that what unites us is far greater than what divides us. I know that we’re not going to heal our country’s wounds overnight, but I remain steadfast in my commitment to do everything in my power to ensure that every American is treated equally, with fairness and dignity, under the law.”