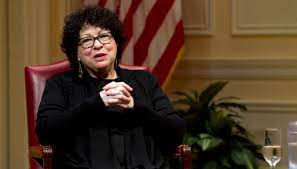 Justice Sonia Sotomayor bases part of her abortion jurisprudence on demonstrably faulty suppositions about the developing science of pregnancy and contraception.

When the Supreme Court decided Roe v. Wade in 1973, the average point of fetal viability was around 28 weeks, a little more than six months of gestation. Title X, the law providing federal funding for family planning for low-income women, had been signed into law by Richard Nixon only three years earlier, and unmarried women had secured the legal right to buy birth control just the year before. Even by the time the court decided Planned Parenthood v. Casey in 1992, which upheld the essential holding of Roe and used fetal viability as the benchmark for abortion protection, the Food and Drug Administration still hadn’t approved emergency contraception or the long-acting reversible contraceptives with near-zero failure rates like hormonal IUDs.

All this to say that the landscape, scientifically and practically, of the abortion debate has radically transformed in the past half-century. During the Dec. 1 opening arguments for the landmark case of Dobbs v. Jackson Women’s Health, Sotomayor denied much had changed since the court decided Casey. Claiming it was just a “gross minority of doctors” who believe fetal pain occurs prior to viability, the Barack Obama appointee declared there hasn’t been “much of a difference,” medically speaking, established in the past three decades.

Even ignoring the highly contested issue of when a fetus can feel pain, pretty much everything from contraception access enabling choice before conception to our medical understanding about the viability of pre-born babies has changed. If pro-abortion advocates were not so tethered to their victimhood narrative, they could recognize these changes as revolutionary advances for feminism and science.

For starters, birth control has never been cheaper, safer, and more accessible to virtually every woman of childbearing age than it is right now. Under the Affordable Care Act, the overwhelming majority of employers, private and public, are required to pay for women’s contraception as a part of employer-sponsored health insurance. For those 1 in 8 women still uninsured, the federal government funds contraception under Title X. Furthermore, both the ACA and Title X cover all forms of birth control, including forms of long-acting reversible contraception, with a near-zero failure rate. Even if any of these birth control methods fail, the FDA has authorized the over-the-counter sale of emergency contraception in all 50 states for nearly a decade now.

That hardly makes today’s world a remnant of the theocratic patriarchy of the Handmaid’s Tale.

The average point of fetal viability has fallen to just 23 or 24 weeks, but even that continues to plummet thanks to miraculous advances in neonatal medicine. Just last month, the Guinness Book of World Records announced that a baby born at just 21 weeks of gestation has set a new record of premature survival. Despite Sotomayor’s insistence, a 25% reduction of gestation time to reach fetal viability is hardly a nothingburger.

Even if the court upholds Mississippi’s 15-week abortion ban, ultra-blue states like New York will surely maintain their statutes permitting abortion up until the point of birth, while, God willing, red states at least match our European counterparts with bans after the first trimester. If the past does indeed prove preview, those babies may very well soon be considered viable.