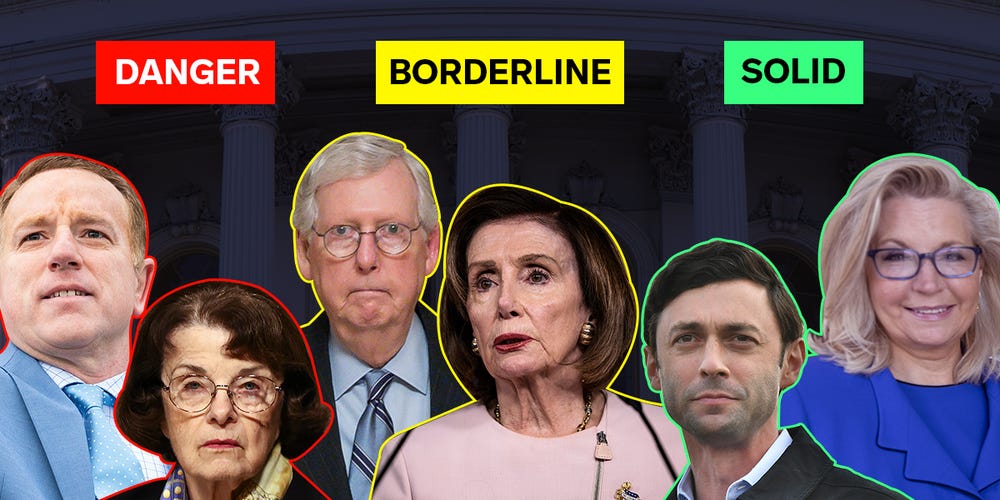 But in Washington, DC, a bipartisan phenomenon is thriving. Numerous members of Congress, both liberal and conservative, are united in their demonstrated indifference toward a law designed to quash corruption and curb conflicts-of-interest.

Insider’s new investigative reporting project, “Conflicted Congress,” chronicles the myriad ways members of the US House and Senate have eviscerated their own ethical standards, avoided consequences, and blinded Americans to the many moments when lawmakers’ personal finances clash with their public duties.

In all, Insider spent hundreds of hours over five months reviewing nearly 9,000 financial-disclosure reports for every sitting lawmaker and their top-ranking staffers. Reporters conducted hundreds of interviews, including those with some of the nation’s most powerful leaders.

Today, Insider published the first of more than two-dozen articles and data visualizations that will reveal the:

Insider’s “Conflicted Congress” is also rating every member of Congress on their financial conflicts and commitment to financial transparency. Fourteen senators and House members have received a red “danger” rating on our three-tier stoplight scale, while 112 get a yellow “borderline” rating.

Finally, Insider on Friday will publish an exclusive, searchable, and sortable database of all members of Congress’ personal finances, including their assets, debts, and sources of outside income.