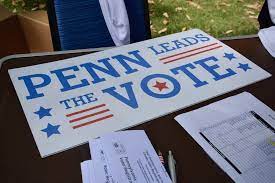 A Pennsylvania court has ruled that the mass mail-in ballots that played a pivotal role in the 2020 election chaos are unconstitutional.

The Acting Secretary for the Pennsylvania Department of State had his application denied for summary relief. The ruling can be read in full below:

Commonwealth Court President Judge Mary Hannah Leavitt, who presided over a five-person panel of judges, wrote: “If presented to the people, a constitutional amendment to end Article VII, Section 1 requirement of in-person voting is likely to be adopted. But a constitutional amendment must be presented to the people and adopted into our fundamental law before legislation allowing no-excuse mail-in voting can be ‘placed upon our statute books.’”