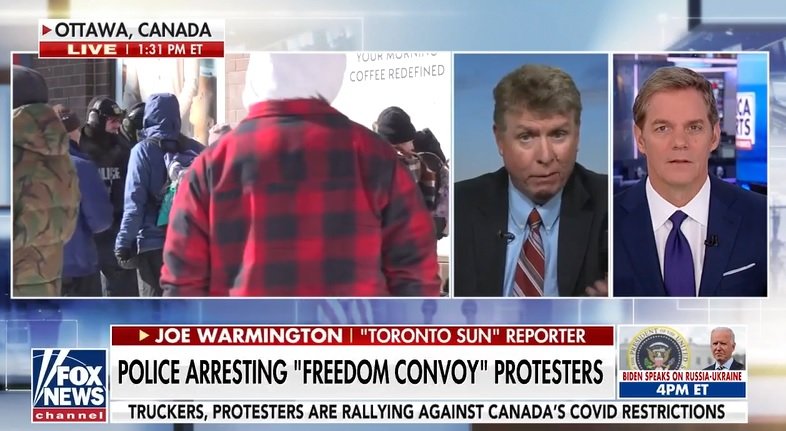 FOX News had Toronto Sun reporter Joe Warmington on to discuss the current situation in Canada.  He says that the country is in a civil war and Trudeau and his followers don’t think these truckers matter.

Canada Is a police state at this time,.. it’s like within a police state. There’s no rule of law, it’s now in the hands of …the Emergency Act, which is the War Measures Act…Just by donating $25 to the truckers’ convoy puts you as an enemy of the state.  It sounds like Cuba or China, that’s kinda what’s happening in Canada…

It’s a civil war is what it is.  They will finish this job whatever it takes. I was just talking to a driver who said… guns were drawn…Look the Prime Minister has made it clear.  These people don’t matter, they’re unacceptable.  And of course, they do matter.  They matter to everybody.  They have freedom.  And they haven’t done anything wrong other than parking their trucks there, honking the horn.

…They suspended the debate in Parliament on the Emergency Act that allows all this to happen.  This is not rule of law.  This is Martial law.”