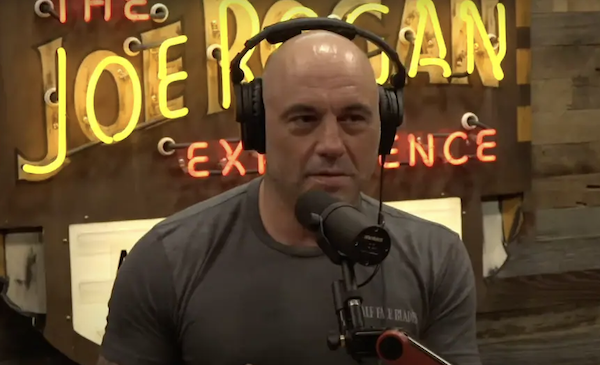 Notice: Language may be NSFW

Though Joe Rogan probably shouldn’t have apologized when attacked out of the blue by the cancel culture mob, he hasn’t been all that repentant since then. In fact, he’s generally stayed his same cheery self, full of child-like amazement when discussing important issues with notable guests, infecting each and every segment not with Covid but with his incredible enthusiasm.

And, more than that, he’s still funny; where others might have tried to make themselves appear more serious or knowledgeable as a manner of rebutting “misinformation” accusations, Joe has kept the same attitude and has kept on mocking those that deserve it.

One such person who certainly deserves the mocking is Joe Biden, who Rogan slammed in a recent segment,

As you can hear in the video, Rogan says:

“You don’t see this? You don’t see that this guy is out of his f*cking mind? He can’t talk right anymore. Go watch videos of him from twenty years ago. He was a dummy. he said a lot of silly sh*t. He lied about a bunch of things. But at least he was articulate.”

Sadly, Rogan is right. Our Commander in Chief is more like a Resident in Chief and would obviously be more comfortable were he in his basement watching Matlock reruns with a shawl draped over his knees.

But he’s not, at least not all the time. Instead, the Democrats keep trotting him out to talk and Putin keeps needling, which has put Biden in a position where his mental shortcomings are incredibly, incredibly obvious. As Rogan says, “he can’t talk right anymore.”

And it might be more than just talking: if a book about Hunter’s laptop (Laptop from Hell) is to be believed, Hunter and his therapist joked about Biden having dementia, with the duo having a conversation on the topic.