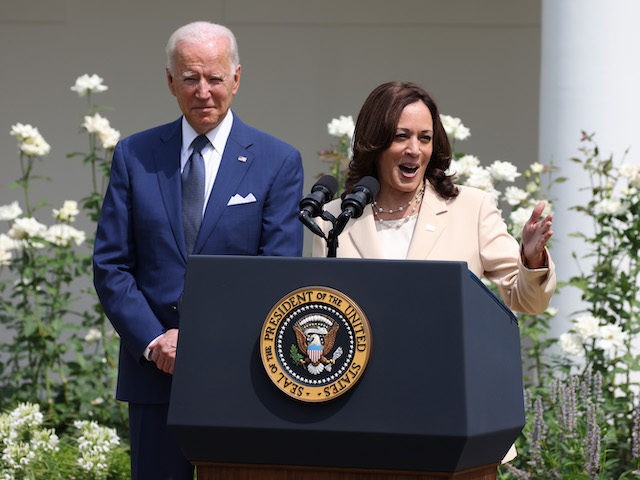 Speaking from the White House, Biden told reporters that “no one expected the sanctions to prevent anything from happening,” referencing Russia’s Wednesday evening invasion of Ukraine. Russian leader Vladimir Putin ordered a “special operation” into Ukraine that has resulted in ongoing heavy military clashes between the two countries and the Russian seizure of the Chernobyl nuclear power plant.

Before the invasion four days ago, Harris gave a nearly exact opposition opinion.

“Absolutely, we strongly believe [that],” Harris said when questioned by a reporter about the effectiveness of sanctions against Russia. “It will exact absolute harm for the Russian economy,” she said. “The purpose of the sanctions has always been and continues to be deterrence.”

The White House’s conflicting messaging comes after Biden said in January that if Russia invades, it will be held accountable.

“And it depends on what it does. It’s one thing if it’s a minor incursion and then we end up having a fight about what to do and not do,” Biden said during a press conference.

During Thursday’s press conference, Biden announced new sanctions on Russia, but none that target Vladimir Putin personally or the lucrative Russian energy industry. Biden refused to answer why he chose not to sanction Putin directly. Biden ignored the question multiple times, opting to answer questions from other reporters.