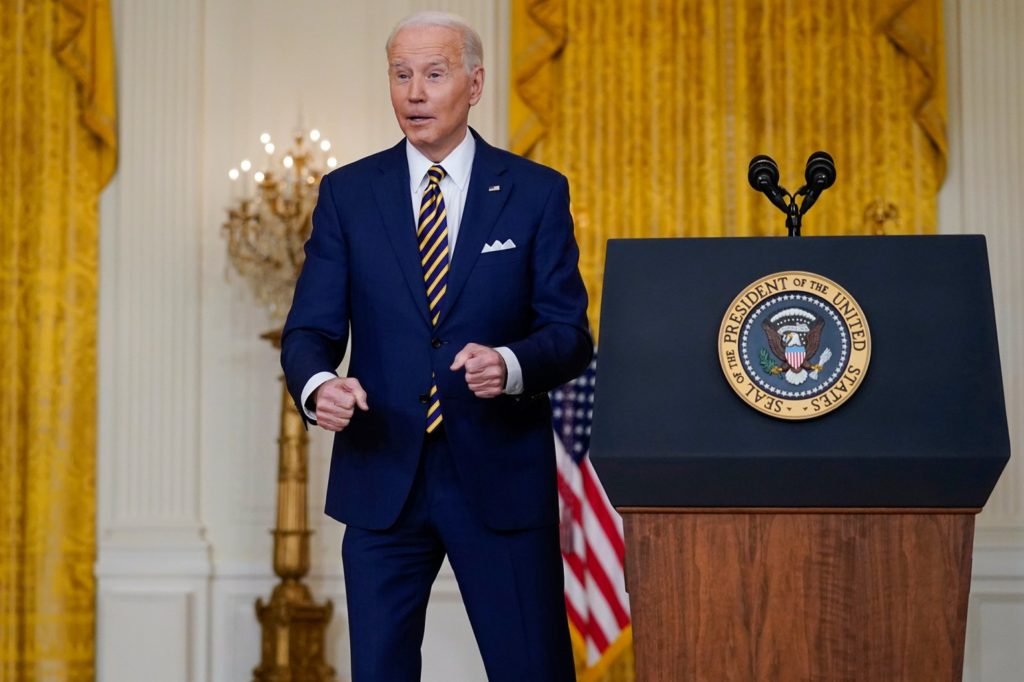 Coauthors Joe Biden and Michael Carpenter discuss the article, “How to Stand Up to the Kremlin: Defending Democracy Against Its Enemies,” which appears in the January/February issue of Foreign Affairs.

In this clip from a January 2018 appearance at the Council on Foreign Relations, former Vice President Joe Biden seems to brag about threatening to withhold military aid to Ukraine as a pressure tactic to force the firing of a prosecutor he did not like.

In September 2019, House Democrats launched a formal impeachment inquiry into President Trump over a whistleblower’s accusation that he threatened to withhold aid to Ukraine as a pressure tactic to force the Ukrainian government to investigate allegations that Joe Biden’s son Hunter benefited financially from the firing of that same Ukrainian prosecutor.

Biden and many prominent names from the Obama administration say that the removal of the prosecutor was official U.S. policy at the time.

JOE BIDEN, 23 JANUARY 2018: And that is I’m desperately concerned about the backsliding on the part of Kiev in terms of corruption. They made—I mean, I’ll give you one concrete example. I was—not I, but it just happened to be that was the assignment I got. I got all the good ones. And so I got Ukraine. And I remember going over, convincing our team, our leaders to—convincing that we should be providing for loan guarantees. And I went over, I guess, the 12th, 13th time to Kiev. And I was supposed to announce that there was another billion-dollar loan guarantee. And I had gotten a commitment from Poroshenko and from Yatsenyuk that they would take action against the state prosecutor. And they didn’t.

So they said they had—they were walking out to a press conference. I said, nah, I’m not going to—or, we’re not going to give you the billion dollars. They said, you have no authority. You’re not the president. The president said—I said, call him.

Well, there’s still—so they made some genuine substantial changes institutionally and with people. But one of the three institutions, there’s now some backsliding.

From the Comments Section:

So, wait, Trump asked Ukraine to investigate Biden’s criminal activity after this public confession became public record? How in the heck is that even an issue? Biden extorted Ukraine to help his son in Ukraine and Trump is somehow the bad guy for wanting it investigated? These Democrats are morally inverted dingbats, Biden should have been investigate within days of admitting his criminal shenanigans and Trump should get an attaboy for asking why this hasn’t already happened.