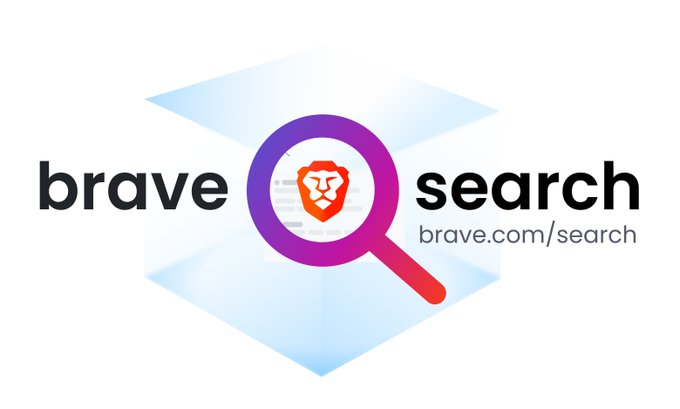 Negative attention for DuckDuckGo could be a boon for Brave Search

Government and corporate purges of COVID-19 “misinformation” are looking more like a beta test to control the whole range of allowed debate in every society, regardless of how democratic it appears to be.

The next target is purported Russian propaganda related to its invasion of Ukraine, and even a tech platform that has long advertised itself as a less domineering version of Google is joining the bandwagon.

Privacy-friendly search engine DuckDuckGo shocked its user base Wednesday when founder and CEO Gabriel Weinberg disclosed it had started to “down-rank sites associated with Russian disinformation” in addition to highlighting “quality information for rapidly unfolding topics” at the top of search results.

Tech news site Mashable noted that while DuckDuckGo was relatively late to the game in squelching purported Russian disinformation — following Google, Facebook, Twitter and Microsoft’s Bing — the move complicated its identity as David to Big Tech’s Goliath, with a reported 3% of the U.S. search market.

Weinberg briefly responded to critical Twitter users, arguing that “search ranking relevancy” is not censorship and that DuckDuckGo’s core feature is privacy. He got backing from elite media, including Washington Post tech writer Will Oremus, who nonetheless said DuckDuckGo invited scrutiny by “trying to capitalize on the right’s anger with Google search ‘bias.'”

Just two months ago, DuckDuckGo was finding newfound popularity on the right for diverging from Google in how it treated mRNA vaccine pioneer-turned-critic Robert Malone.

Unlike the search behemoth, DuckDuckGo refused to bury results for Malone in searches for “mass formation psychosis,” the phrase he popularized on Joe Rogan’s podcast. Rogan himself recommended DuckDuckGo to find “specific cases about people who died from vaccine-related injuries” hidden by Google.

The change could plausibly affect search results for news sources, pundits and influencers that don’t reflexively dismiss all claims coming from Russian officials or sympathizers, given DuckDuckGo’s failure to define “associated.”

Weinberg didn’t answer users who asked how it identifies links to Russian disinformation or whether it will disclose what’s downranked, and  DuckDuckGo didn’t answer Just the News queries providing the Carlson example.

TV host and lawyer Jenna Ellis tweeted that it wasn’t a stretch for DuckDuckGo to start manipulating search results to “down-rank sites associated with medical disinformation.”

Black conservative podcaster Wayne Dupree, who was cultivated by former President Trump, asked DuckDuckGo whether it would also de-rank disinformation from Ukraine and “American media.” Video platform Odysee told Weinberg “we are all sickened by this [Russian invasion] but this is not the right approach.”

The hashtag #DuckDuckGone has been trending as users publicly pledged to quit the search engine, which has run billboards in markets, including Washington, D.C., where it seeks to capitalize on legislative and regulatory scrutiny of Google.

Many users are professing a switch to the browser and search engine Brave, including Chris Pavlovski, CEO of the YouTube alternative Rumble.

Brave was founded by an early victim of cancel culture, JavaScript creator Brendan Eich. He stepped down as CEO of Firefox maker Mozilla a month after his appointment in 2014 due to outrage about his donation years earlier to California’s Proposition 8 campaign against same-sex marriage. The dating website OkCupid even asked Firefox users to visit it using a different browser.

DuckDuckGo and Brave are onetime business partners and privacy hawks, both built on the Chromium project. More recently, Brave has carved out its own niche through a built-in cryptocurrency wallet and crypto payments to users for viewing first-party ads.

But the negative attention for DuckDuckGo could be a boon for Brave Search, which used Google for its browser by default until last fall, when it incorporated search and an “independent index” mostly purchased from another company.

Spokesperson Catherine Corre told Just the News that Brave doesn’t have weekly figures so it can’t yet tell if it’s getting a boost in traffic from the controversy. It has 50 million monthly active users, she said.

Brave Vice President Luke Mulks slyly nodded at the DuckDuckGo controversy Thursday, reminding Twitter users that Brave is “more than just a browser” but also “neutral, private” search. “User-first means getting out of your way,” he wrote.

Mulks also explained how users can “anonymously query longer tail searches” for results that are “not yet refined” in its own index, a key selling point for users afraid to leave Google’s more robust index.

Eich himself responded to crypto promoter and film producer Naomi Brockwell when she asked if Brave filters search results and how its “independence metric” works. “We have our own index … and we don’t censor,” Eich said, but by relying on Bing for about 10% of queries it can’t service well, “that fallback could be censored. You can tell when results come from them.” He pledged to “get to full independence” of search over time.

The company has previously proposed a user-driven approach to search engine ranking it calls “Goggles.” In an academic paper last year, Brave laid out this “open and collaborative system by which a community, or a single user, can create sets of rules and filters” that define how a search engine consults its index.

“Instead of a single ranking algorithm, we could have as many as needed, overcoming the biases that a single actor (the search engine) embeds into the results,” it said.