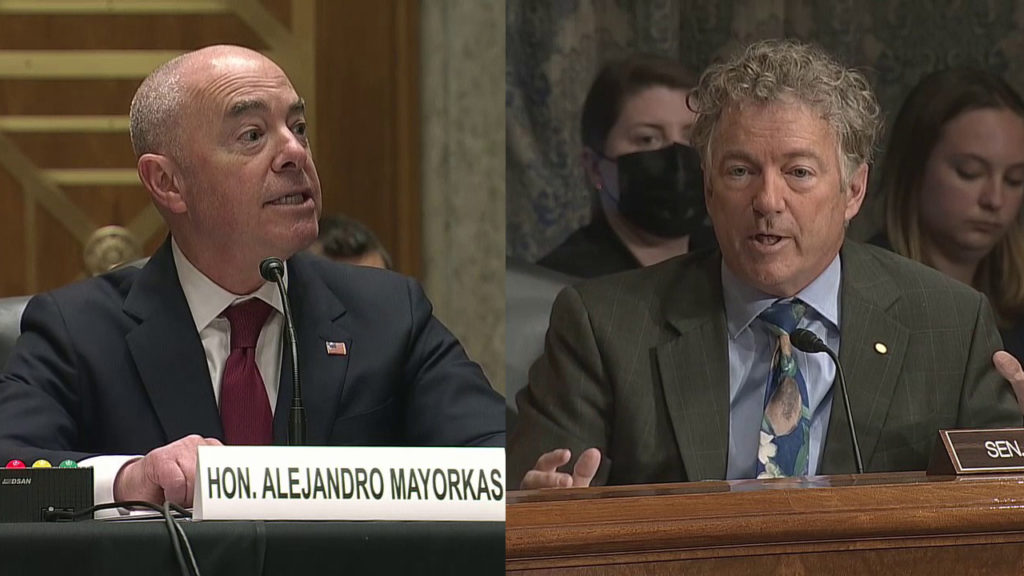 “Here’s the issue, we can’t even agree on what disinformation is…the govt is biggest purveyor of disinformation in history….I want you to have nothing to do with speech.”

Rand Paul schools Alejandro Mayorkas on who the Lord of disinformation is. The United States Government.

This exchange shows beyond a reasonable doubt that Mayorkas is not only over his head, but is terrible at spinning the “Board” of disinformation before he made a Freudian slip and called it an “Office’’.

Rand went on to say: ‘Do you think the American people are so stupid they need you to tell them what the truth is?’ ‘I want you to have nothing to do with speech’

“I mean, think of all the debates and disputes we’ve had over the last 50 years in our country,” Paul continued. “We worked them out by debating them. We don’t work them out by the government being the arbiter. I don’t want guardrails. I want you to have nothing to do with speech. You think we can’t determine, you know, speech by traffickers is disinformation. Do you think the American people are so stupid they need you to tell them what the truth is? You can’t even admit what the truth is with the Steele dossier. I don’t trust government to figure out what the truth is. Government is largely disseminating disinformation.”