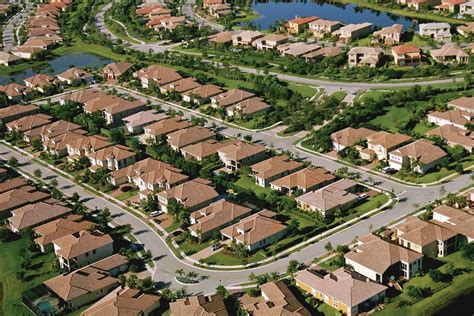 Property prices have fallen by up to 20 per cent across parts of the US as buyers shun the market amid ‘Bidenflation’ and spiking interest rates.

Asking prices have plummeted by up to $400,000 in wealthy areas while poorer neighborhoods have seen house values nosedive by as much as $115,000.

The round-up, outlined in a new report by Realtor.com, revealed the top ten cities across the country where the median price has dropped.

Toledo in Ohio topped the list where the median amount plummeted by 18.7 per cent while Richmond in Virginia rounded out the top ten with a 3.4 per cent fall.

Meanwhile a separate report, compiled by Redfin, found a staggering one in 20 sellers have dropped the asking price for their home in April and May.

Despite the apparent trend, New York was among cities heading in the other direction as real estate in the Empire State continued to increase in value after the pandemic.

The changes come as buyers and sellers get itchy feet amid an uncertain property market and struggling economy under the Biden administration.

The Federal Reserve sparked more fears this week as it emerged it was opening the door to a larger-than-expected three-quarter-percentage point interest rate increase to deal with rocketing inflation.

Inflation has been adding to a spiraling cost of living crisis as groceries, household items and fuel prices spike – with the latter hitting historic highs of $5 on average this week.

‘Higher inflation is without a doubt making its way into private real estate,’ Steinbach told Bloomberg, ‘The bidding pools are becoming thinner.’

The real estate investor also said that he expects the trend to continue in the coming months as the country continues to grapple with inflation.

‘I think we’re in for a rough few months,’ Steinbach told Bloomberg, ‘This year is going to be choppy water.’

The trend is effecting the housing and the office market alike, Steinbach explained, as the rising costs of doing business are hampering companies’ abilities to secure funding and causing them to revaluate expansions.

‘Some sponsors are having some trouble getting financing, so that alone is reducing the bidding pool.’

Steinbach’s comments are supported by data compiled by Realtor.com in April, that identified ten cities across the United States where the median home prices dropped in March.

Prices in Detroit dropped by 15.4 per cent, in Pittsburgh they went down by 13.7 per cent, and in Los Angeles they were reduced by 5 per cent.

A May study by Redfin found that about 19 per cent of sellers dropped the prices on their homes in a four week period between April and May. The outlet said that the report indicated an end to the country’s pandemic-era housing boom.

Their report found that Google searches for ‘homes for sale’ were down 13 per cent from the same time last year.

It also found that requests for home tours were down 12 per cent, and that mortgage applications dropped 16 per cent from a year prior.

Data showed that 19.1 per cent of home sale prices had dropped between April and May, a 13 per cent increase from a month prior, and an increase of 9.8 per cent from last year.