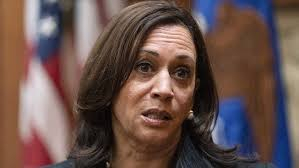 “The border is open,” one migrant told a TV reporter, adding:

Everybody believes that the border is open. It is open because we enter, we come in, free. No problem. … Illegally, yes, that’s true. We came illegally, not legal.

The migrants are admitted by Biden’s deputies under a variety of legal pretexts, including the claim that the economic migrants are entitled to ask for asylum from political persecution.

On September 11, Harris was interviewed by Chuck Todd for NBC’s Meet the Press Sunday show:

CHUCK TODD: Final topic here. Since we’re here in Texas, I want to ask you about the border. Would you call the border secure?

VICE PRES. KAMALA HARRIS: I think that there is no question that we have to do what the president and I asked Congress to do, the first request we made: pass a bill to create a pathway to citizenship. The border is secure, but we also have a broken immigration system, in particular, over the last four years before we came in, and it needs to be fixed.

CHUCK TODD: We’re going to have two million people cross this border for the first time ever. You’re confident this border’s secure?

VICE PRES. KAMALA HARRIS: We have a secure border in that that is a priority for any nation, including ours and our administration.

Since January 2021, President Joe Biden and his deputies have deliberately allowed roughly 2.5 million economic migrants across the Southern border. That economic shock has been a boon for CEOs and investors who back Biden’s election.

Martha’s Vineyard declares a HUMANITARIAN CRISlS over influx of just FIFTY Venezuelan migrants – ‘What about the THOUSANDS arriving in Texas every single day?’

“That is how we see it. And why? Because that’s what’s happening. Madam President, I yield the floor but clearly, you know, this is, this is a literally a call to arms in our country.”

Democratic Senator from Hawaii Mazie Hirono spoke on the Senate floor on Wednesday to declare that pro-life legislation was a “literal call to arms” for Americans who are pro-abortion. “This is an outright attack on women in this country,” Hirono said. “That is how I see it.

Electric Cars Are Not “Zero-Emission Vehicles”

While praising California’s decision to ban the sale of new gasoline-powered cars by 2035, Governor Gavin Newsom declared that this will require “100% of new car sales in California to be zero-emission vehicles” like “electric cars.” In reality, electric cars emit substantial amounts of pollutants and may be more harmful to the environment than conventional cars.

The notion that electric vehicles are “zero-emission” is rooted in a deceptive narrative that ignores all pollutants which don’t come out of a tailpipe. Assessing the environmental impacts of energy technologies requires measuring all forms of pollution they emit over their entire lives, not a narrow slice of them. To do this, researchers perform “life cycle assessments” or LCAs. As explained by the Environmental Protection Agency, LCAs allow for:

LCAs are subject to multiple levels of uncertainty, but an assessment published by the Journal of Cleaner Production in 2021 shatters the notion that electric cars are cleaner than conventional ones, much less “zero emission.” The LCA found that manufacturing, charging, operating, and disposing of electric vehicles produces more of every major category of pollutants than conventional cars. This includes:

Foreshadowing that result, a 2018 report by the European Environment Agency warned that studies on the “human toxicity impacts” of electric vehicles were “limited” and that electric cars “could be responsible for greater negative impacts” than conventional cars.

Similarly, a 2018 article in the journal Environmental Research Letters stated that a failure to account for the “environmental implications” of mining lithium to make batteries for electric cars “would directly counter the intent” of “incentivizing electric vehicle adoption” and “needs to be urgently addressed.”

The 2021 paper in the Journal of Cleaner Production has now addressed this issue, and it shows electric cars emit more toxic pollution than gasoline-powered cars. Yet, politicians who embraced the electric car agenda before comprehensive data was available continue to plow ahead in spite of the facts.