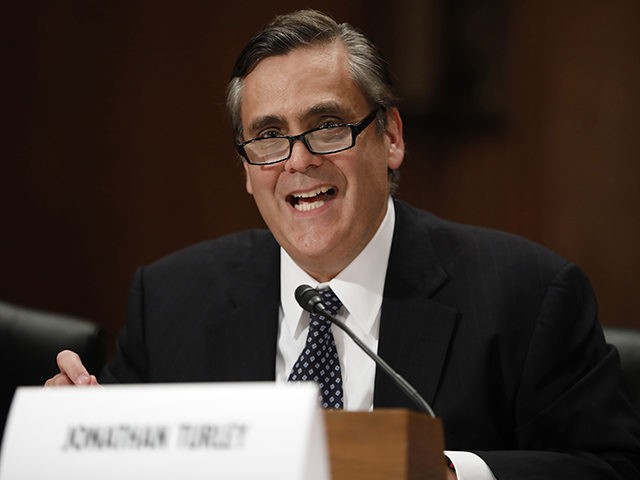 Yesterday, a filing by Special Counsel John Durham revealed that Igor Danchenko, who worked as a key contributor to the discredited Steele dossier funded by the Clinton campaign, was later put on the FBI payroll as an informant. The disclosure rocked Washington and raised additional questions of the FBI’s eagerness to pursue any allegations against Donald Trump despite being warned that the dossier appeared to be a vehicle for Russian disinformation.

Danchenko is facing with five counts of lying to the bureau during that relationship. His trial is scheduled for next month in federal court in Alexandria, Virginia.

The filing states that “In March 2017, the FBI signed the defendant up as a paid confidential human source of the FBI. The FBI terminated its source relationship with the defendant in October 2020.”

The news shocked many of us who have closely followed the Russian collusion controversy for years. The FBI showed a zeal to investigate Trump and his campaign that seemed to border on the blind obsessive. It was not simply with the Steele dossier. On the baseless Alfa Bank allegations (also pushed by Clinton campaign through friends at the FBI)  the supervisory agent for the FBI’s Trump-Russia probe, Joe Pientka, sent a note to FBI special agent Curtis Heide, stating: “People on the 7th floor to include Director are fired up about this server.” Pientka then messaged Heide: “Did you guys open a case? Reach out and put tools on?”That description of the apparent eagerness of then-FBI Director James Comey and others only magnifies concern over the bureau’s alleged bias or predisposition on the Trump investigation. It was the same eagerness that led the FBI to pursue the Russian investigation for years despite being warned early by American intelligence that the Steele dossier contained not just unsupported allegations but possible Russian disinformation.

Indeed, Danchenko’s possible connections to Russian intelligence have been raised as a matter of concern. Indeed, the filing states “During his January 2017 interview with the FBI, the defendant initially denied having any contact with Russian intelligence or security services but later — as noted by the agents, contradicted himself and stated that he had contact with two individuals who he believed to be connected to those services.”

What is particularly concerning is that the FBI also had former British spy Christopher Steele, on its payroll. Steele then assembled his dossier under the funding of the Clinton campaign which repeatedly denied such funding to the media. This money was funneled through the law firm of Perkins Coie and the campaign’s general counsel, Marc Elias. (The Federal Election Commission (FEC) fined the Democratic National Committee and Hillary Clinton’s 2016 campaign for violating election rules in hiding that funding).

So the FBI cut off Steele as a paid source after he allegedly worked with the media to spread these unproven claims. It then turned around and hired his principle source for the dossier.

The filing also states that Danchenko discussed an interest in obtaining classified information for possible sale to the Russians.

Facebook spied on private messages of Americans who questioned 2020 election

Facebook has been spying on the private messages and data of American users and reporting them to the FBI if they express anti-government or anti-authority sentiments — or question the 2020 election — according to sources within the Department of Justice.

Under the FBI collaboration operation, somebody at Facebook red-flagged these supposedly subversive private messages over the past 19 months and transmitted them in redacted form to the domestic terrorism operational unit at FBI headquarters in Washington, DC, without a subpoena.

“It was done outside the legal process and without probable cause,” alleged one of the sources, who spoke on condition of ­anonymity.

“Facebook provides the FBI with private conversations which are protected by the First Amendment without any subpoena.”

These private messages then have been farmed out as “leads” to FBI field offices around the country, which subsequently requested subpoenas from the partner US Attorney’s Office in their district to officially obtain the private conversations that Facebook already had shown them.

But when the targeted Facebook users were investigated by agents in a local FBI field office, sometimes using covert surveillance techniques, nothing criminal or violent turned up.

“It was a waste of our time,” said one source familiar with subpoena requests lodged during a 19-month frenzy by FBI headquarters in Washington, DC, to produce the caseload to match the Biden administration’s rhetoric on domestic terrorism after the Jan. 6, 2021, Capitol riot.

The Facebook users whose private communications Facebook had red-flagged as domestic terrorism for the FBI were all “conservative right-wing individuals.”

“They were gun-toting, red-blooded Americans [who were] angry after the election and shooting off their mouths and talking about staging protests. There was nothing criminal, nothing about violence or massacring or assassinating anyone.

“As soon as a subpoena was requested, within an hour, Facebook sent back gigabytes of data and photos. It was ready to go. They were just waiting for that legal process so they could send it.”