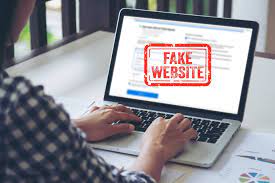 A liberal political media operation being run out of Washington, D.C., and Florida is pushing left-wing stories in 51 different fake news outlets in order to influence the outcome of the November midterm elections, it is claimed.

The allegations came in a shocking new investigation from Axios that was published on Thursday.

The report alleges that in the past 12 months, multiple new ‘news’ websites have appeared across the country, all run by a company named Local Report Inc.

They do report a wide variety of stories – but sprinkled throughout are news items pushing Democrat lawmakers and policies.

Online records show that the Local Report was founded in Tallahassee, Fla.

Content is provided for the sites from writers who are employed by another left-wing group, the American Independent. The Independent was founded by David Brock, known for other liberal endeavors such as Fox News watchdog, Media Matters for America.

Other employees at the American Independent include Matt Fuehrmeyer, who previously worked for the Democratic Congressional Campaign Committee and for disgraced Sen. Al Franken, according to his LinkedIn page.

Franken’s son is also employed by the organization, as is former Sen. Harry Reid’s son, the Daily Caller reported.

Prior to working as the executive editor of the American Independent, Jessica McCreight was part of President Barack Obama’s communications team, according to her LinkedIn page.

When asked about the connection between the American Independent and the Local Report, McCreight told Axios that the pair had a ‘co-publishing agreement,’ adding that their content is ‘open source’ and they were a ‘partner’ of Local Report’s.

She also said: ‘It’s been widely reported that where local news outlets shut down, dis- and misinformation grows.

‘To combat this challenge, the American Independent has expanded to bring readers local, fact-based news and information on topics and issues that impact their communities,’ McCreight continued.

The Axios report says that the outlets are all based in states that are generally considered swing states in the November elections including Wisconsin, Virginia, Pennsylvania, North Carolina, Nevada, New Hampshire, Michigan, Georgia, Colorado and Arizona.

Among the titles that are packed with content from American Independent staff are the Milwaukee Metro Times, the Tri-City Record, the Bucks County Standard, the Mecklenburg Herald and the Northern Clark County Herald.

The investigation said the websites come equipped with a certain amount of aggregated local news and sports reporting, accompanied by political commentary and biased news.

At the time of writing, the lead story on the Northern Clark County Herald on Nevada’s website is: ‘Lombardo’s Absences Raise Questions on Readiness for Governor Role,’ a jab at Republican gubernatorial candidate Clark County Sheriff Joe Lombardo.

While the Milwaukee Metro Times leads with an NFL preview and a report on upcoming chilly weather in Wisconsin.

A user has to scroll down to find an article accusing the Dairy State’s Republican gubernatorial candidate Tim Michels of accepting donations from anti-LGBTQ organizations.

The biased articles make no mention of attempts to reach the state’s Republican Party or the gubernatorial campaigns of those in question for comment.

Not Even N95 Masks Work To Stop Covid