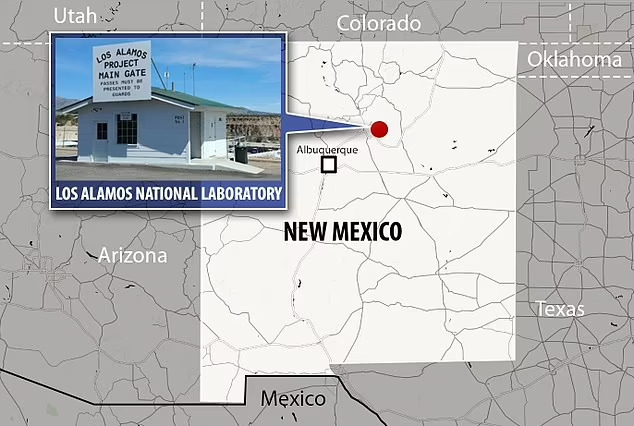 China’s ‘espionage plot’ at a US weapons and nuclear lab: Now Republicans demand an investigation

Beijing recruited leading scientists from a top United States nuclear laboratory in a decades-long plot to advance its own military, a damning report has suggested.

Now Congressional Republicans have demanded an investigation into the claims at least 162 scientists who worked at Los Alamos National Laboratory in New Mexico returned to China to ‘support a variety of domestic research and development programs’ between 1987 and 2021.

The report suggests that the majority of the scientists were from China and the recipients of Beijing-backed professional development and scholarship programs.

It is the latest worrying development that has seen the Chinese Communist Party looking to increase its influence in the U.S. The GOP have also demanded oversight of China buying farmland near military bases in North Dakota.

Weapons research is among the projects that the former US-based scientists are said to have worked on since returning to China.

The recent findings by Strider Technologies were brought to new light in a letter to the Biden administration spearheaded by Rep. Michael Waltz of Florida.

J.D. Vance Vows to End China Buying U.S. Farmland in New Ad: ‘America Should Belong to Americans, Not Our Enemies’

“Why are food and groceries getting so expensive? One reason is that we let Communist China buy up American farmland — threatening our food supply and our national security,” Vance says in the ad.

“Tim Ryan and Joe Biden make this worse,” he continues.

Ryan, this year, voted to pass the Inflation Reduction Act without raising concerns about farming provisions that do nothing to protect American farmland from continuing incursions from China. Sen. Marsha Blackburn (R-TN) proposed an amendment to ban China from buying American farmland but the measure was blocked by Senate Democrats.