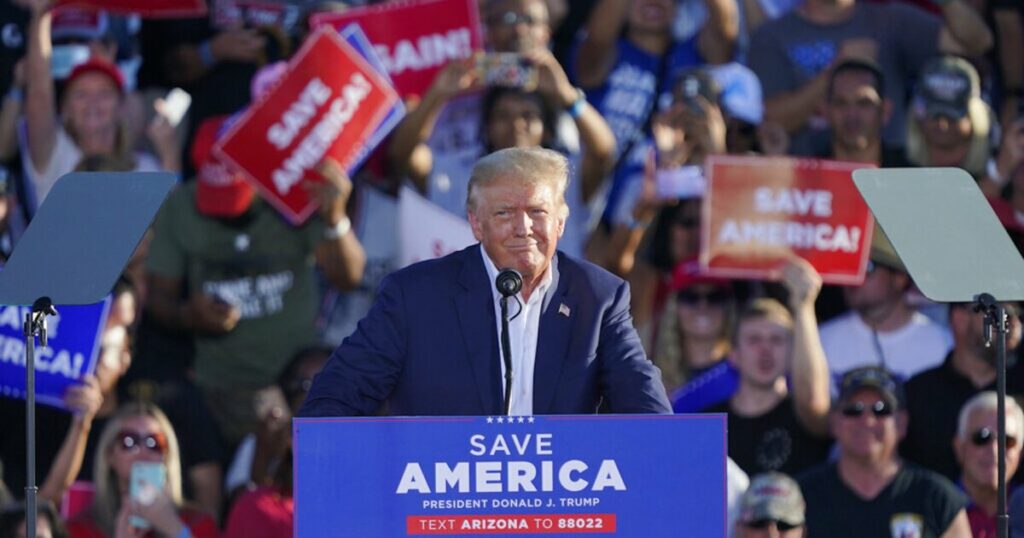 Former President Donald Trump is warning Americans about the rising risk of a nuclear war, while current President Joe Biden is intensifying pressure on Russia’s president to give up his claim to territories long ruled by Russia.

“We must demand immediate negotiation of a peaceful end to the war in Ukraine. or we will end up in World War Three,” Trump told a rally in Mesa, Arizona, on Sunday, October 9, adding:

We will never have had a war like this and that’s all because of stupid people that don’t have a clue. And it’s also because of the kind of weaponry that’s available today. We never had weapons like this, the destructive capability of weapons, modern weapons. I know more about it than anybody because of the fact that I rebuilt our military.

Trump’s call for peace talks was matched on Sunday by Admiral Mike Mullen, a former chief of staff at the Pentagon. “The sooner the better as far as I’m concerned,” he told ABC News.

We have a president who is cognitively impaired and in no condition to lead our country and is now casually talking about nuclear war with Russia, which would be World War Three and far more devastating than any of the previous wars because of the weaponry that no one even wants to think about or discuss.