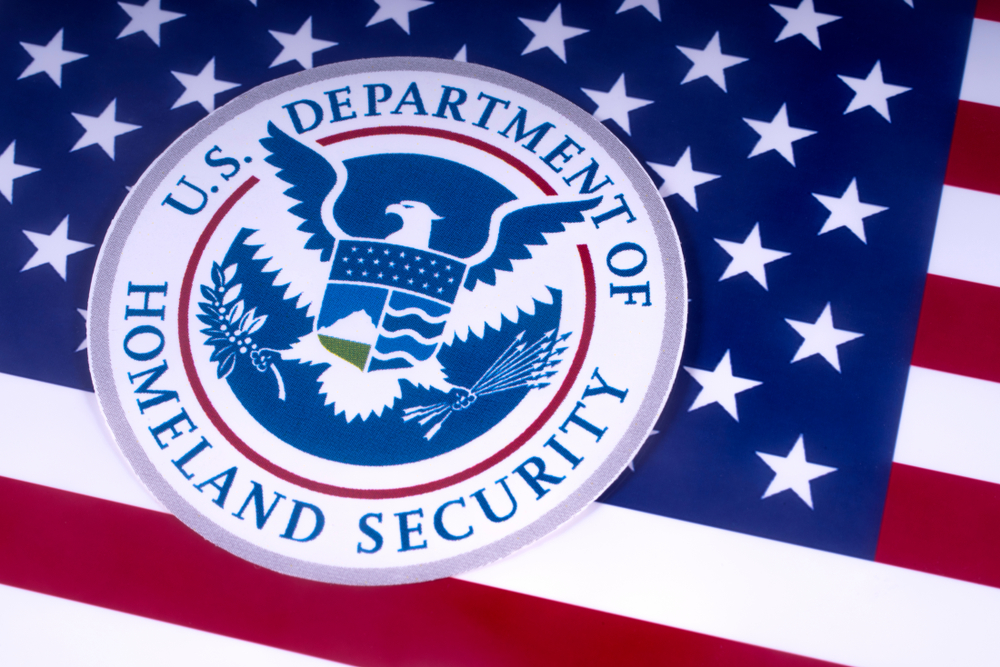 U.S. government has used its power to try to shape online discourse

THE DEPARTMENT OF HOMELAND SECURITY is quietly broadening its efforts to curb speech it considers dangerous, an investigation by The Intercept has found. Years of internal DHS memos, emails, and documents — obtained via leaks and an ongoing lawsuit, as well as public documents — illustrate an expansive effort by the agency to influence tech platforms.

Behind closed doors, and through pressure on private platforms, the U.S. government has used its power to try to shape online discourse. According to meeting minutes and other records appended to a lawsuit filed by Missouri Attorney General Eric Schmitt, a Republican who is also running for Senate, discussions have ranged from the scale and scope of government intervention in online discourse to the mechanics of streamlining takedown requests for false or intentionally misleading information.

“Platforms have got to get comfortable with gov’t. It’s really interesting how hesitant they remain,” Microsoft executive Matt Masterson, a former DHS official, texted Jen Easterly, a DHS director, in February.

In a March meeting, Laura Dehmlow, an FBI official, warned that the threat of subversive information on social media could undermine support for the U.S. government. Dehmlow, according to notes of the discussion attended by senior executives from Twitter and JPMorgan Chase, stressed that “we need a media infrastructure that is held accountable.”

“We do not coordinate with other entities when making content moderation decisions, and we independently evaluate content in line with the Twitter Rules,” a spokesperson for Twitter wrote in a statement to The Intercept.

There is also a formalized process for government officials to directly flag content on Facebook or Instagram and request that it be throttled or suppressed through a special Facebook portal that requires a government or law enforcement email to use. At the time of writing, the “content request system” at facebook.com/xtakedowns/login is still live. DHS and Meta, the parent company of Facebook, did not respond to a request for comment. The FBI declined to comment.

DHS justifies these goals — which have expanded far beyond its original purview on foreign threats to encompass disinformation originating domestically — by claiming that terrorist threats can be “exacerbated by misinformation and disinformation spread online.” But the laudable goal of protecting Americans from danger has often been used to conceal political maneuvering. In 2004, for instance, DHS officials faced pressure from the George W. Bush administration to heighten the national threat level for terrorism, in a bid to influence voters prior to the election, according to former DHS Secretary Tom Ridge. U.S. officials have routinely lied about an array of issues, from the causes of its wars in Vietnam and Iraq to their more recent obfuscation around the role of the National Institutes of Health in funding the Wuhan Institute of Virology’s coronavirus research.

Under President Joe Biden, the shifting focus on disinformation has continued. In January 2021, CISA replaced the Countering Foreign Influence Task force with the “Misinformation, Disinformation and Malinformation” team, which was created “to promote more flexibility to focus on general MDM.” By now, the scope of the effort had expanded beyond disinformation produced by foreign governments to include domestic versions. The MDM team, according to one CISA official quoted in the IG report, “counters all types of disinformation, to be responsive to current events.”

CISA’s domain has gradually expanded to encompass more subjects it believes amount to critical infrastructure. Last year, The Intercept reported on the existence of a series of DHS field intelligence reports warning of attacks on cell towers, which it has tied to conspiracy theorists who believe 5G towers spread Covid-19. One intelligence report pointed out that these conspiracy theories “are inciting attacks against the communications infrastructure.”

CISA has defended its burgeoning social media monitoring authorities, stating that “once CISA notified a social media platform of disinformation, the social media platform could independently decide whether to remove or modify the post.” But, as documents revealed by the Missouri lawsuit show, CISA’s goal is to make platforms more responsive to their suggestions.

In late February, Easterly texted with Matthew Masterson, a representative at Microsoft who formerly worked at CISA, that she is “trying to get us in a place where Fed can work with platforms to better understand mis/dis trends so relevant agencies can try to prebunk/debunk as useful.”

Meeting records of the CISA Cybersecurity Advisory Committee, the main subcommittee that handles disinformation policy at CISA, show a constant effort to expand the scope of the agency’s tools to foil disinformation.

In June, the same DHS advisory committee of CISA — which includes Twitter head of legal policy, trust, and safety Vijaya Gadde and University of Washington professor Kate Starbird — drafted a report to the CISA director calling for an expansive role for the agency in shaping the “information ecosystem.” The report called on the agency to closely monitor “social media platforms of all sizes, mainstream media, cable news, hyper partisan media, talk radio and other online resources.” They argued that the agency needed to take steps to halt the “spread of false and misleading information,” with a focus on information that undermines “key democratic institutions, such as the courts, or by other sectors such as the financial system, or public health measures.”

To accomplish these broad goals, the report said, CISA should invest in external research to evaluate the “efficacy of interventions,” specifically with research looking at how alleged disinformation can be countered and how quickly messages spread. Geoff Hale, the director of the Election Security Initiative at CISA, recommended the use of third-party information-sharing nonprofits as a “clearing house for information to avoid the appearance of government propaganda.”

The Privacy Act of 1974, enacted following the Watergate scandal, restricts government data collection of Americans exercising their First Amendment rights, a safeguard that civil liberty groups have argued limits the ability of DHS and the FBI to engage in surveillance of American political speech expressed on social media. The statute, however, maintains exemptions for information collected for the purposes of a criminal or law enforcement investigation.

“There are no specific legal constraints on the FBI’s use of social media,” Faiza Patel, senior director of the Brennan Center for Justice’s liberty and national security program told The Intercept. “The attorney general guidelines permit agents to look at social media before there is any investigation at all. So it’s kind of a Wild West out there.”

The first FBI official, whom The Intercept interviewed in 2020 amid the George Floyd riots, lamented the drift toward warrantless monitoring of Americans saying, “Man, I don’t even know what’s legal anymore.”

In July 2021  The Gateway Pundit reported that Dr. Shiva Ayyadurai, the man who invented email, was able to uncover Twitter’s “partner support portal.”

Dr. Shiva discovered that Twitter built a special portal offered to certain governmental entities so that government officials can flag and delete content they dislike for any reason, as part of what they call their “Twitter Partner Status.”

Dr. Shiva Ayyadurai ran for US Senate in Massachusetts as a Republican and made allegations of voter fraud on Twitter.  These tweets were then deleted by the far-left tech giant.  Later it was discovered that they were deleted at the direction of government employees of the Massachusetts Secretary of State’s office.

Discovering this, Dr. Ayyadurai filed a federal lawsuit by himself, alleging that his federal civil rights were violated when the government silenced his political speech in order to affect an election.

Dr. Shiva revealed how election officials and government actors work together to coordinate with social media platforms to silence speech in America.

Dr. Shiva previously uncovered for the first time the existence of a “Trusted Twitter Partnership” between the Government and Twitter.

Dr. Shiva described this discovery in his amended legal complaint filed in July 2022.

But it is not just Twitter that has a special relationship with government bureaucrats, Democrat operatives and business elites.

Investigative journalists Lee Fang and Ken Klippenstein released a report this week on how The Department of Homeland Security, the FBI, DOJ, Democrat operatives, and business elites are working with Facebook to silence dissenting voices.

In 2016 The Gateway Pundit was the 4th most influential conservative website on Facebook.  In 2017 Facebook cut off our traffic.  Years later Facebook created its “fact-checkers” to use as an excuse to shut down conservatives and independent journalists who challenged their lies and fabrications.

Normandy, TX where we currently have a group of roughly 300 migrants crossing illegally into the U.S.