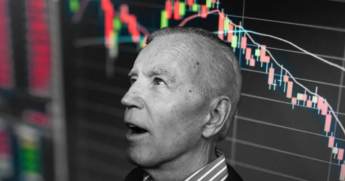 President Joe Biden on Wednesday tried to set expectations for a messy counting process in the midterm elections, during his speech warning of threats to American democracy.

“[I]n some cases we won’t know the winner of the election for a few days — until a few days after the election,” he said. “It takes time to count all legitimate ballots in a legal and orderly manner.”

Biden celebrated there was a record turnout of voters in early voting and in voting by mail.

“We want every American’s voice to be heard. Now we have to move the process forward,” he said. “We know that many states don’t start counting those ballots till after the polls close on Nov. 8.”

Biden urged Americans to be patient until all the ballots were counted.

“It’s always been important for citizens in the democracy to be informed and engaged,” he said. “Now it’s important for a citizen to be patient as well. That’s how this is supposed to work.”

The president signaled alarm that some Republican candidates refused to commit to accepting the results of their election.

“This is a path to chaos in America. It’s unprecedented. It’s unlawful, and it’s un-American,” he said.

Biden’s remarks recall the attempt by Democrats to set the stage in the 2020 election, warning media, and government officials that it would look like then-President Donald Trump was winning until all the other ballots cast by mail, absentee ballots, and through early voting were counted days later.

After the 2020 election, Trump and his supporters watched as his slim leads in critical states were whittled down by absentee and vote-by-mail ballots until Biden pulled ahead and was declared the winner.

In an appalling and historic act of national security malfeasance, U.S. government officials formulated policies, which allowed China to “colonize” every component of America’s research and development program, including the military.

As most bad ideas have, it all began under the Clinton Administration.

Chunyuan Luo, quite literally, went from working at the Institute of Pharmacology and Toxicology, Academy of Military Medical Sciences in Beijing, an element of China’s chemical warfare program, directly to Walter Reed Army Institute of Research, from where he conducted a ten-year research collaboration with the US Army Medical Research Institute of Chemical Defense at Aberdeen Proving Ground, Maryland.

After leaving Walter Reed in 2012, Chunyuan Luo became a patent examiner for the U.S. Patent and Trademark Office with potential access to all U.S. patents related to biological and chemical warfare defense. He also appears on a talent database, which some consider as an indication of the Chinese Communist Party’s (CCP) interest or friendship.

Despite lying about his nationality being Canadian, Chunsheng Xiang was, nevertheless, assigned to the U.S. Army Medical Research Institute of Infectious Diseases (USAMRIID), where he studied the highly pathogenic and potential biological warfare agent, the Ebola virus. He is now a professor at Zhejiang University in China and well-connected to the higher echelons of the CCP and the PLA.

Shockingly, one of the Chinese scientists brought to the U.S. under Clinton’s program is shown wearing a U.S. Army uniform, while studying advanced laser technologies at The US Army Medical Research Detachment in San Antonio, Texas.

It is unclear what she did after her tenure in San Antonio, but there is a Guo-Ping Li now working for the Chinese space program using laser technologies for radio telescopes.

By far, the most important factor facilitating China’s infiltration of U.S. research and development programs has been the legal immigration process, which the CCP has exploited.

Unlike the massive invasion of the United States by mostly poor illegal aliens across our southern border, China has been sending highly-skilled professionals to the United States, who obtain key positions in business and academia.

The formula has remained the same for 40 years.

A young scientist from the People’s Republic of China would complete a Ph.D. or postdoctoral training in the United States, then be hired by a U.S. university or research center, eventually applying for U.S. citizenship.

That Chinese scientist working in the U.S. would then establish extensive research collaborations with scientists in the People’s Republic of China and become an “anchor” for additional waves of young Communist Chinese scientists to be trained in the U.S., some taking American knowledge, skills and technologies back to China, while others also becoming U.S. citizens.

In addition to Clinton’s program of placing PLA scientists directly into U.S. military research centers, Chinese scientists are often “sanitized” through civilian institutions in the U.S. before gaining access to military facilities.

‘This is the greatest orchestrated die-off in the history of the world,’ one commentator alleged.

A groundbreaking documentary that sketches the connection between recently skyrocketing sudden deaths, COVID jabs, and the depopulation agenda behind it all will be released November 21.

“Healthy adults are dropping dead all across the globe. In the last 18 months, the term ‘Died Suddenly’ has risen to the very top of ‘most searched’ Google terms,” notes the film website’s short introduction to the documentary.

The film aims not only to “tell the stories of those who died suddenly,” but to “find answers” explaining their deaths.

Snapshots from the movie trailer give glimpses into what the documentary team has found: massive and mysterious clots being found in the bodies of the vaccinated deceased, an “apocalyptic” spike in excess deaths, and indications, according to the filmmakers, that high fatality rates among the jabbed are ultimately the result of a deliberate depopulation plan.

A marked increase in the numbers of excess deaths have been recorded across the world particularly since the second half of 2021, after the COVID jabs were made available to the public. One film commentator featured in the trailer has claimed that the massive death increase amounts to “12 standard deviations above the mean,” or a one-in-800-year event.