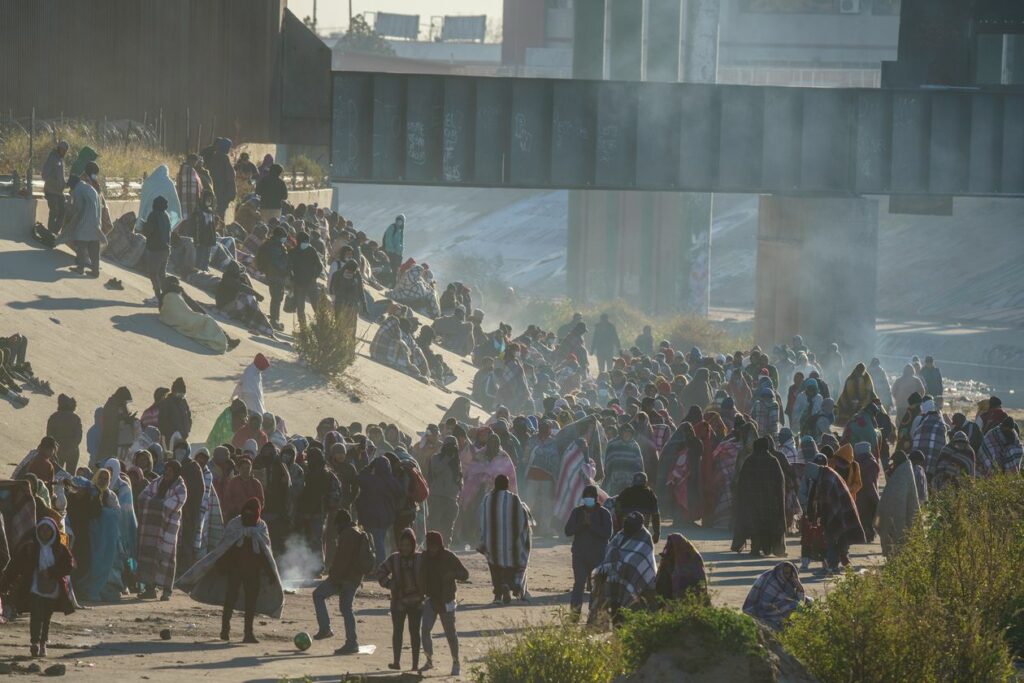 Katie is currently in El Paso, Texas, to document the surge of illegal migrants flooding across the border from South America.

The surge comes as Title 42, a Trump-era policy that reduced the number of asylum seekers the U.S. would allow during the COVID pandemic, is set to expire on December 21.

Karine Jean-Pierre on Monday could not name a single thing Kamala Harris has done to secure the border.

Illegal aliens are going to flood over the border after Title 42, a Trump-era ‘remain in Mexico’ policy expires.

Title 42 was supposed to expire on Wednesday.

The border is a disaster.

This is what a border facility in El Paso, Texas looks like under ‘Border czar’ Kamala Harris’s watch.