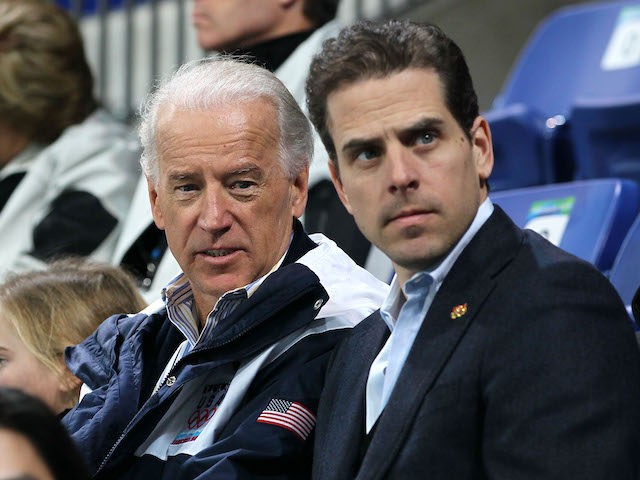 Fury mounts over secret state censorship of the American people

The FBI handed nearly $3.5 million of taxpayers money to Twitter to pay its staff to handle requests from the bureau to ban accounts.

A Twitter employee wrote in a February 2020 email that the company’s Safety, Content & Law Enforcement (SCALE) had ‘collected $3,415,323’ in less than two years from the FBI for ‘law-enforcement related projects.’

The email, which was revealed by journalist Michael Shellenberger, stated that SCALE had instituted a ‘reimbursement program’ in exchange for devoting staff hours to ‘processing requests from the FBI’.

The emails was entitled ‘Run the business – We made money!’.

The accounts the FBI asked Twitter to ban were largely linked to conservatives and ‘foreign influence operations’.

Twitter initially believed the Hunter Biden laptop story was ‘Russian disinformation’. It was revealed Monday that Jim Baker, Twitter’s top lawyer and ex-FBI general counsel, personally intervened to say it should be banned.

Baker told Yoel Roth, Twitter’s head of security, that the laptop story should be blocked – a day after getting a top secret briefing from his former FBI colleagues.

He wrote: ‘There are some facts that indicate the materials may have been hacked. We simply need more information.’

We went on to write: ‘I’m guessing we are going to  restrict access to their article as  violation of our Hacked Materials policy.’

An investigation into Twitter’s behavior around the 2020 presidential election by the incoming Republican majority in the house has been promised with Minority Leader Kevin McCarthy telling Fox News this week: ‘This is going to be a much bigger situation than people realize.’

In a previous dump, journalist Matt Taibbi tweeted: ‘Twitter’s contact with the FBI was constant and pervasive, as if it were a subsidiary.’

In response to the latest developments, House Minority Leader Rep. Kevin McCarthy said in an appearance on Mornings with Maria on Fox News: ‘We’re going to do more than just subpoena them. We’re going to change the course of where the FBI is today.’

He went on: ‘Every day we learn something more.’

JUST IN: Senate Votes 70-25 to Advance $1.7 Trillion Schumer-Pelosi Omnibus Spending Bill – Here Are the Republicans Who Voted for This Monstrosity

The Senate on Tuesday evening voted 70-25 to advance the $1.7 trillion Omnibus spending bill and open debate.

This is just the first procedural vote.

The latest spending bill is full of special interest earmarks and pork.

There is no money for border security.

Senate Republicans are giving away the incoming GOP Majority House’s power of the purse until September 2023.

A group of Republican Senators pushed back on the process.

“I brought along the 1.7 trillion, 4,000+ page Pelosi-Schumer omnibus spending bill that’s being fast-tracked through the Senate. This process stinks. It’s an abomination. It’s a no good rotten way to run government. We’re standing up and saying NO.” Rand Paul said earlier Tuesday.

Here are the 21 Republicans who voted for this monstrosity.

“We think Bob Iger is returning to Disney to make big changes. Spinning [off] ESPN/ABC is the best path forward, and we see it as a reasonably probable late-’23 event.” Wells Fargo analyst Steven Cahall opened a Tuesday report on The Walt Disney Co., led again by Iger as CEO, with a big call that is certain to cause debate.

The analyst, who has an “overweight” rating with a $125 price target on Disney, making it a “signature pick” of his firm, argued that it was “time for change.” Disney stock was trading at 86.14 a share Tuesday, down 45 percent year-to-date.