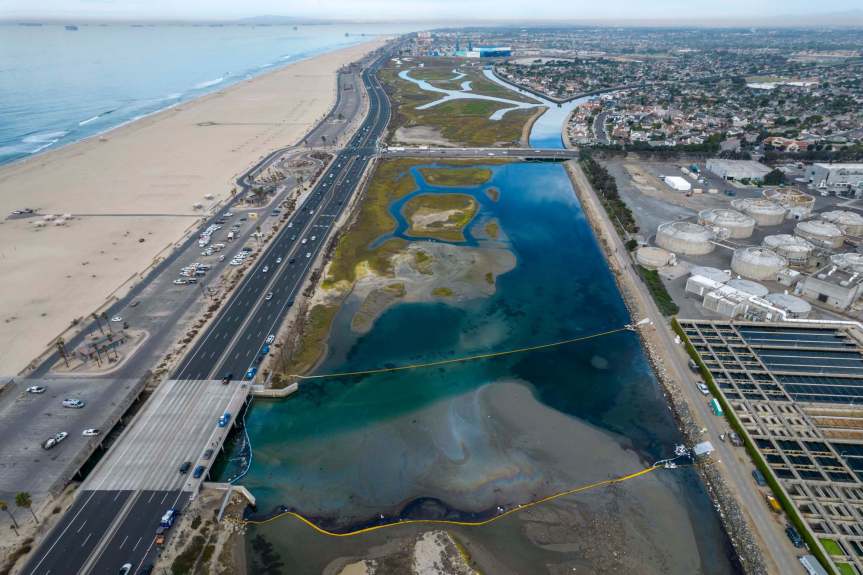 Operators of the Southern California oil pipeline that leaked 144,000 gallons of heavy crude into the Pacific Ocean didn’t shut it down for more than three hours after an alarm alerted them to the possible breach, federal regulators said.

A corrective action order, which federal pipeline and hazardous materials regulators issued to a subsidiary of Amplify Energy Corp. on Monday, includes a timeline that says the subsidiary, Beta Offshore, was alerted to a “low-pressure alarm” that indicated “a possible failure” at 2:30 a.m. Saturday.

More than three hours later, the pipeline was shut down, and after three more hours, Beta Offshore reported the leak to the federal National Response Center, according to the timeline.

Amplify did not immediately respond to a request for comment Tuesday night.

The spill off Orange County has resulted in oiled birds and a prohibition on fishing from the coastline to 7 miles offshore, from Huntington Beach to the San Diego County line.

Gov. Gavin Newsom has declared a state of emergency for the county.

The corrective action order said the pipeline appears to have failed 5 miles offshore at a depth of nearly 100 feet.

“They cannot detect small leaks because of the large volumes being transported, so you can have a small leak that goes on until you find it in a sheen somewhere because the leak detection systems just can’t see it — it’s a physics problem,” he said.

“However, with a catastrophic failure, the leak detection systems are very effective and give very prompt detection,” Kendrick said.

Even some larger leaks aren’t always immediately detected, industry experts say. One reason is that at some depths, seawater pressure can affect readings.