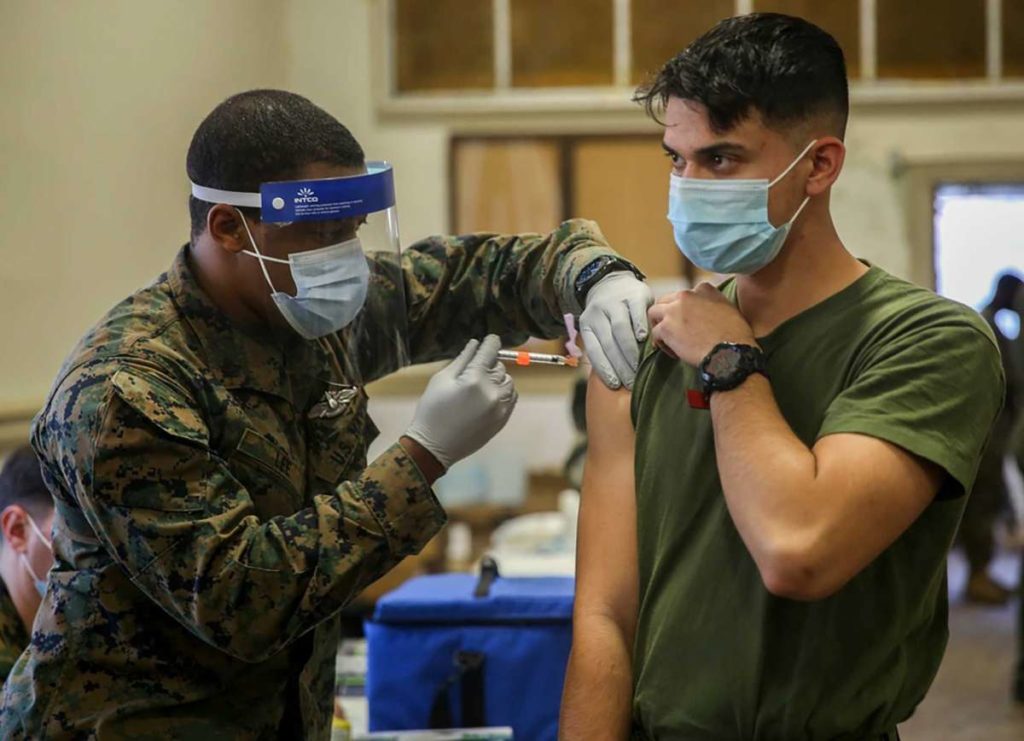 Hundreds of thousands of U.S. service members remain unvaccinated or only partially vaccinated against the coronavirus as the Pentagon’s first compliance deadlines near, with lopsided rates across the individual services and a spike in deaths among military reservists illustrating how political division over the shots has seeped into a nonpartisan force with unambiguous orders.

Overall, the military’s vaccination rate has climbed since August, when Defense Department leaders, acting on a directive from President Joe Biden, informed the nation’s 2.1 million troops that immunization would become mandatory, exemptions would be rare and those who refuse would be punished. Yet troops’ response has been scattershot, according to data assessed by The Washington Post.

For instance, 90 percent of the active-duty Navy is fully vaccinated, whereas just 72 percent of the Marine Corps is, the data show, even though both services share a Nov. 28 deadline. In the Air Force, more than 60,000 personnel have just three weeks to meet the Defense Department’s most ambitious deadline.

Deaths attributed to covid-19 have soared in parts of the force as some services struggle to inoculate their troops. In September, more military personnel died of coronavirus infections than in all of 2020. None of those who died were fully vaccinated, Pentagon spokesman Maj. Charlie Dietz said.

Military officials explain the variance in vaccination rates, in part, by pointing to the staggered deadlines each of the services set for personnel to comply while expressing optimism that, as those dates approach, numbers will quickly rise and a vast majority of troops will carry out their orders. Thousands of troops already have begun their two-shot regimens, like in the Navy, where 98 percent of active-duty sailors have received at least one dose, officials said.

But other services are not on such a steady path, and critics say the large gaps between vaccination deadlines jeopardize how ready the military can be in a moment of crisis. They point specifically to the reserves and National Guard, which over the last two years have been called upon in numerous emergencies – at home and overseas – and yet large numbers of their personnel have so far refused to get vaccinated.

“The Army’s policy is incentivizing inaction until the latest possible date,” said Katherine L. Kuzminski, a military policy expert at the Washington think tank Center for a New American Security, citing plans that require Army Reserve and National Guard personnel to be fully vaccinated more than eight months from now. Coronavirus vaccines have been widely available since the spring.

“The way we’ve seen the virus evolve tells us looking out to June 30 may need to be reconsidered,” Kuzminski said.