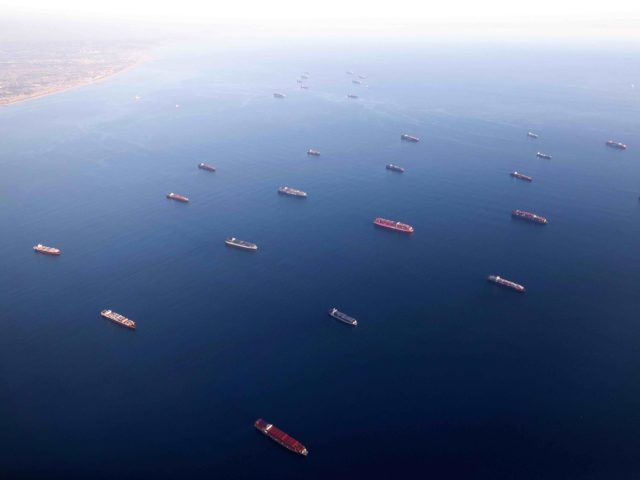 Where are Mayor Pete Buttigieg and Biden as shelves are emptying and ships are sitting offshore waiting to be unloaded at ports around the country? What is going on?

Americans are beginning to wonder why there are so many ships sitting offshore while shelves in stores are empty?

Biden put together an Executive Order to determine what risks the county has in regards to various government groups.  But it didn’t address the current number of ships sitting off shore with products that are not being unloaded.

Critics are asking what Secretary of Transportation Pete Buttigieg is doing about the congestion of cargo ships at the ports of Los Angeles and Long Beach, as investigators point to a cargo ship’s anchor as a likely cause of a recent oil spill in the area.

As Breitbart News reported last month, there is a massive backup of cargo ships off the coast of Southern California, due to a variety of factors, including rising import demand, insufficient trucking, and workers’ reluctance to do night shifts.

Maybe Americans are ready to get back to normal but the corrupt Biden/Obama regime appears to have different plans.