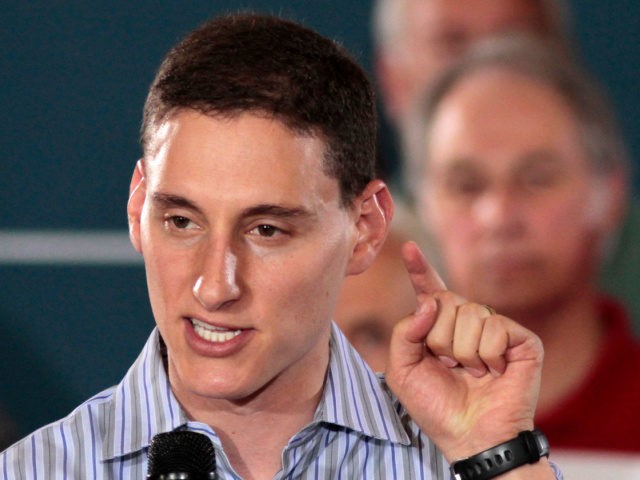 “[Big tech] are trampling our Constitution, specifically our First Amendment rights, and we need constitutionalists and fighters with courage in Washington who will take them on”

Former Ohio Treasurer and candidate for U.S. Senate Josh Mandel said Thursday on SiriusXM’s Breitbart News Daily with host Alex Marlow that both Republican and Democrat members of Congress have “failed” with regards to China, and that the problems Americans are seeing today prove the importance of former President Donald Trump’s “America First” agenda.

“I think what we’re seeing now with the problem with shipping and logistics and getting goods to America, it accentuates the Trump America First agenda and his focus within that policy agenda on manufacturing and making things here in the United States,” Mandel told Marlow.

The Senate candidate added that “the problem in politics today” is that “you have all these politicians in Washington, Democrat and Republican, who are thinking in terms of 24-hour news cycles and election cycles, while Xi [Jinping] and the Chinese, they’re thinking in terms of decades and generations and centuries.”

Mandel added that both Republican and Democrat politicians have “failed” with regards to China.

“As the next United States senator from Ohio, I’m going to be at the pointing tip of the spear in continuing what Trump did to combat the economic cheating coming from China — the intellectual property theft — the currency manipulation, and really combat [China’s] focus on bringing down our country,” he added.

On the topic of big tech censorship, Mandel said that companies like Facebook, Twitter, and Google have “lied to the federal government” by saying they would not be judging the content posted by their users on their platforms, adding that these big tech companies are “doing the 180 degree opposite” of what they said they would do.

“They are judging our communications, and not just any communications, they’re judging the communications of us as conservatives, us as America First believers, us as constitutionalists, us as originalists, whether we believe in stopping abortion or protecting our Second Amendment rights, you name it, they’re coming after us,” he said.

Mandel added that conservatives now need to prioritize “taking [big tech] on, in respect to their participation in election cheating.”

“These people will have you believe that they are neutral when it comes to the elections, but Mark Zuckerberg put over $400 million into making the elections in 2020 a process that was unfair and unlevel and leaned towards helping Democrats win however they could,” Mandel warned.

“These guys, they play for keeps, and we need United States senators in Washington who will go after them with might and force,” the Senate candidate said.

“[Big tech] are trampling our Constitution, specifically our First Amendment rights, and we need constitutionalists and fighters with courage in Washington who will take them on,” he added.

Last month, General Michael Flynn announced his endorsement of Mandel for U.S. Senate, stating that the candidate — who is also a Marine Corps veteran — is “the only true consistent pro-Trump Conservative in the race for U.S. Senate in Ohio,” who “isn’t afraid to take on the deep state and stop the left’s cultural indoctrination of America with Critical Race Theory and ‘woke’ cancel culture.”

Where are Secretary of Transportation ‘Mayor Pete’ and Joe Biden as Hundreds of Ships Sit Anchored Off Shore Around the Country?