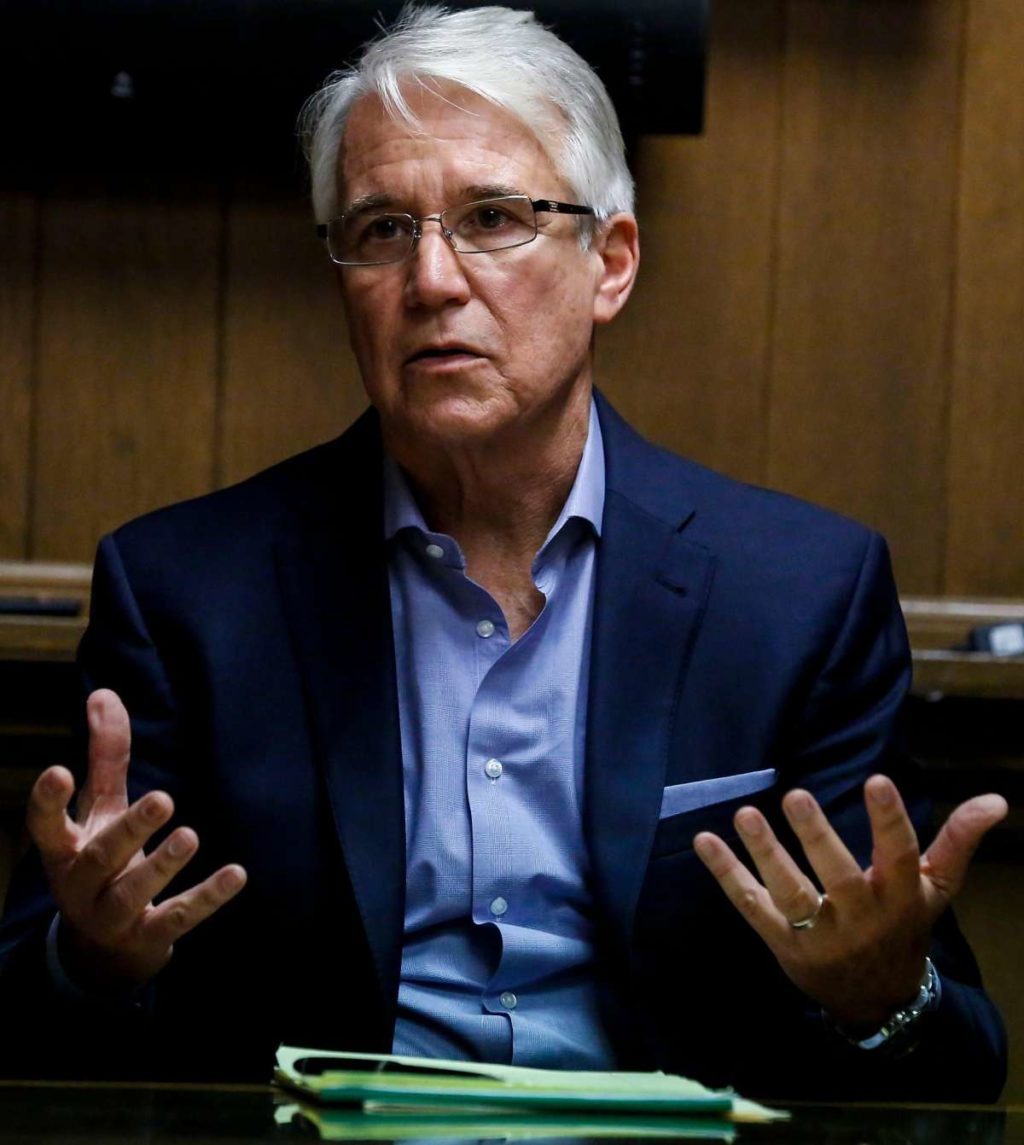 Los Angeles County DA George Gascón held a press conference Wednesday to highlight his accomplishments during his first year in office. He also addressed his critics who don’t believe in his policies.

Gascón said his policy to make the county safer is working and said his critics need to work with them, even those who are trying to recall him again.

“We’re going to do everything that we can to make sure we get this under control. Is LA safe? I would say overall it is. Do we have problems? Clearly we do,” stated DA Gascón.

His priorities were outlined in a 16-page summary of his first year. The words “Protects the community,” “Restores victims of crime,” and “Honors the rights of the accused,” were highlighted on the cover page of his summary.

“Most crime is down but for homicides and the reality is that we are prosecuting those cases when they get presented to us,” Gascon said Wednesday alongside a group of nearly two dozen prosecutors from around the nation who support his policies.

Gascon said he was “not down-playing the fact that homicides are up,” and said the increase must be dealt with effectively.

“There are many complexities to what is going on,” the district attorney said, adding later that prosecutors are “addressing them aggressively” and that criminals are “going to prison” and being “held accountable.”

When asked if his policies bear any responsibility for the higher homicide rate and a rash of “smash-and-grab” robberies,” Gascon responded, “Absolutely not.”

“Let’s set a path for ourselves. Turn around the criminal legal system in this country in a way that will be more humane, more affordable, and will create a safer environment for all of us,” he added.

Gascón calls it his new approach, which includes; no juveniles tried as adults, no cash bail except for violent felonies, no death sentences, and fewer sentencing enhancements… one of his most controversial policies.

“People still serve lengthy sentences for serious crimes but by eliminating the enhancements we ensure people have at least a chance to show that they have grown and changed over time,”  Gascón said.

Several deputy district attorneys working in the nation’s largest prosecutors’ office say that Gascón is acting more like a public defender than a prosecutor.

“George Gascón is completely tone-deaf to the impact his policies are having on victims and public safety.”

Andrade’s son was brutally murdered. She has been critical of Gascón’s plan for sentencing if the suspects are convicted.

However, Gascón pointed that he is focused on victims; he created the first Victims Advisory Board as well as the Community Violence Reduction Division. He also said he isn’t soft on crime but is using science to backup his policies.