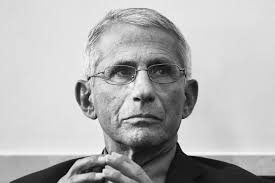 Fauci states “I would prefer people are voluntarily getting vaccinated…..but if they’re not gonna do that, sometimes you gotta do things which are unpopular but that clearly supersede individual choices…..”

This one minute segment from Anthony Fauci’s discussion with MSBNC journalist Andrea Mitchell is eye-opening and alarming.  Within the interview, Dr. Fauci states that individual rights to medical autonomy must be *forcibly* removed by the state under the premise of a communal good.  This is the exact mindset of the Fabian Socialists throughout history.

Dr. Fauci stated, “Free will. I respect that, but these are unusual times.”    Pull your chair a little closer, and allow me to whisper in your ear: ‘There will always be unusual times.’

Historically, this type of communal outlook has been used as a talking point to justify some of the darkest times in world history.   Politicians, eugenicists and some very disturbed world leaders with grand opinions of their own importance, have long espoused this same ideology.  It is a twisted and sick worldview that eventually leads to the same repeated conclusion.  WATCH [1 minute]:

The most sovereign of all human conditions is the right of an individual to be free.  As soon as the state begins eroding the right of the individual, bad things start to happen.  The communal mob is a fickle assembly who will always cull itself with ever-changing denominators of purity….

The ideology of Anthony Fauci is dangerous.

Allow me to expand….

The Fabian Plan for gradual Socialist Revolution was as definitive as it possibly could be. To say it has been an ideological conspiracy was/is simplistic in the extreme.

The Fabian plan included instituting widespread educational programs for its leadership and its minions, and as time progressed, it opened schools, such as the London School of Economics, and the New School of Social Research.  Later, they expanded to Columbia University in New York City and beyond.

One stroke of genius was that instead of advocating a Socialist State, the Fabians assisted in the implementation of the Welfare State; which, as we should all know, is merely a few steps away from a purely Socialistic State. It was, of course, implemented gradually and played upon the weaknesses of human nature to gain popularity.

Unlike the usual Socialist points of views, the Fabians didn’t advocate complete State ownership of businesses, industry, agriculture or land.  Instead they sought to involve the State into very specific areas of importance such as electric power production, transportation, precious metals and of course, credit. The remaining balance of economic systems would be left to the private sector, however; it would be highly regulated by the State and operated according to the wishes of the State.

If you look at Great Britain, you will see that they accomplished their goals with ease.  The Fabian entry into American life has been more difficult; however, the goals are the same, and they have made enormous advances toward those goals.   Most of their accomplishments have been realized without using that dreaded word: ‘Socialism’.