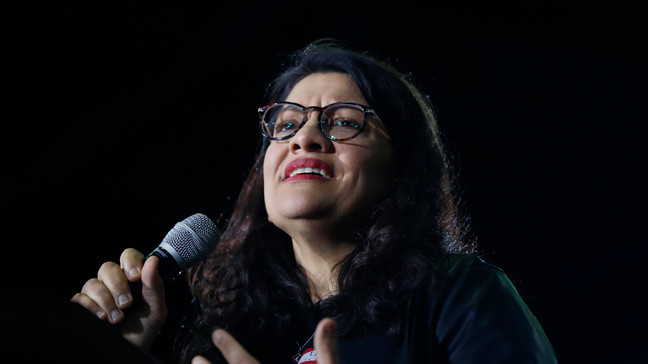 “I worked full time, Monday through Friday, and took weekend classes to get my law degree. And still, close to $200,000 in debt. And I still owe over $70,000 and most of it was interest,” Tlaib said during oral arguments on the House floor. “And guess what? I didn’t go to the for-profit entities, I went to legal aid, I worked at the nonprofit organization fighting for the right to breathe clean air, to fight for the worker that was getting their wage taken and stolen from their employer. I went and worked on immigrant rights and so much more,” she continued.

Many opponents of federal student loan forgiveness argue it’s unfair. Nearly half of student debt is owed by people in households that have graduate degrees and can more easily pay back debt than others, according to the Urban Institute.

Furthermore, students from wealthier families take out much larger loans than students from lower-income families and they both borrow at the same rate, according to the American Enterprise Institute.

“For almost four years, Rep. Tlaib has been making an annual salary of $174,000 as a House member. But she wants the rest of us to chip in to pay off her law degree,” tweeted Michele Perez Exner, a communications coordinator for House Minority Leader Kevin McCarthy.

“She’s a perfect example of why we shouldn’t forgive student loans. She makes 175,000 a year and wants the tax payer [sic] to assume her debts?”

President Joe Biden said while he was campaigning for president that he would support $10,000 in student debt forgiveness per borrower, according to Forbes, but progressive advocates like Tlaib and Senate Majority Leader Chuck Schumer, D-N.Y., want Biden to cancel much more.

Schumer said in October that Biden could cancel up to $50,000 in debt from each borrower “with the flick of a pen.”