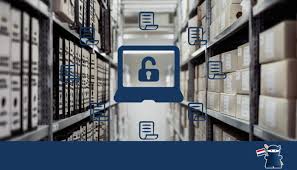 In 2018, California resident Steven Childs wanted to know how much the state paid to a single vendor over a five-year period. Instead of the data, California Controller Betty Yee sent him an invoice for $1,250. Childs asked more questions and the Controller’s chief counsel, Rick Chivaro, admitted the state held electronic records and “warrant records” akin to “maintaining a checking account online.”

Today, in a Sacramento superior court, the controller denies having a checkbook and claims the warrant register doesn’t contain vendor information. The Golden State is the only state in the nation not to produce state spending under open records laws.

Our organization at OpenTheBooks.com is battling the controller in this case over our freedom of information request for the entire line-by-line state vendor checkbook. When the controller rejected our request, we sued.

Furthermore, the controller now claims that transparency itself is an “undue burden.” She swears it’s necessary to take 72,000 work hours to go through each of the 50 million payments by hand.

Here are some of the arguments Yee is making to stonewall our request:

Do we have a representative republic if the representatives get to hide all transactions from the people—and claim that it’s for their own good?

Controller Yee acts like she has something to hide. Here are just a couple items we learned during discovery about how taxpayer dollars are spent by the controller:

1. Using paper and string. An estimated 200,000 bills — submitted only on paper — were paid during the fiscal year. Incredibly, the justification for each payment contains even more paper — between 15-20 pages and is bound and physically tied together with string. It takes 7-10 minutes to deconstruct, copy, and reconstruct each file.

2. State agencies submit employee reimbursements and supplemental payments to the controller without payee information. The controller provides the money with no accountability and no auditing.

The controller makes state payments, is compelled by the state constitution to audit them, and therefore must be able to track those payments. Any responsible entity that makes a payment can track the payment. It is the minimum standard in any basic accounting system.

In California, the controller has frequently blamed their outdated systems that store records on paper, microfiche, and electronic tape. Yee even admitted that couriers with manila folders run demands for payments from state agencies. Is this ancient Rome?

Cloud said it would take “years and years” to produce a state checkbook, but after we sued, new state auditor, Kristi Racines, also a Republican, produced seven years of state checkbook spending in her first 30 days.

In 2012, we sued then-Illinois comptroller Judy Baar Topinka. Topinka, also a Republican, said “there is no magical state checkbook.” We reminded her that the state doesn’t have magical taxpayers either. Within nine months, we received records of line-by-line state spending spanning seven years.

Now, Yee admits as much. The controller’s estimate for the hours necessary to dig up the bills, as provided in her sworn “good-faith estimate,” total 71,548 hours. Since controller employees work 176 hours per month, we estimate that’s about 34 full-time employees at $70 an hour, or $5 million per year.

And, there’s every reason to believe that the “estimate” is grossly inflated by tens of thousands of hours and millions of dollars.

So, why wasn’t transparency already mandated? The California state government has 269,000 employees and a $21 billion payroll. The controller’s office itself has 1,382 employees for a $101 million payroll.

Since 2005, California invested $1 billion into FI$Cal, an accounting and transparency platform. However, 20 major units of state government will never be in the system or are deferred for years to come.

Last year, our organization filed 40,500 Freedom of Information Act requests — the most in American history. We captured vendor expenditure “checkbooks” in the other 49 states, within 13,000 local governments, and at the federal level. Citizens can see all vendor payments — in addition to 25 million public employee salaries and retirement pension payments — on our website, OpenTheBooks.com.

It should not take a subpoena or a lawsuit to force open the state payment records.

Since 2013, our organization at OpenTheBooks.com has invited the California controller to join the transparency revolution and produce line-by-line state spending. Today, our lawyers at non-profit public interest firm Cause of Action, in Washington, D.C. represent us.

By Adam Andrzejewski. the CEO/Founder of OpenTheBooks.com; originally published on Forbes