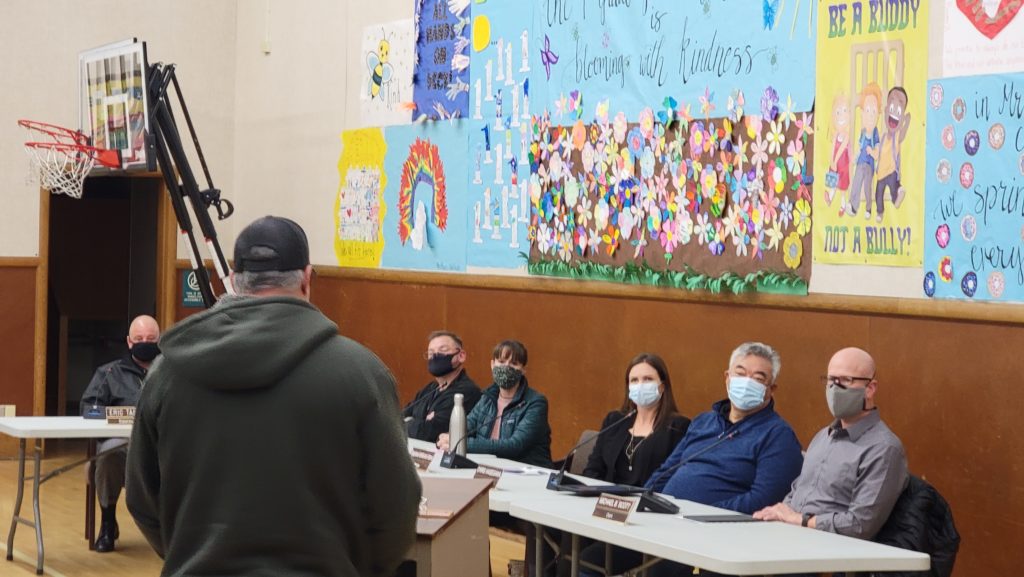 “Your job was to educate my child in math, science, English, etc. Do your job and let me do mine,” one parent said to thunderous applause from the standing-room-only crowd

SALINAS, California (LifeSiteNews) — Outraged parents blasted schoolteachers and administrators who had undermined their parenting and placed their kids’ lives in danger by covertly funneling their children into programs where they were groomed to assume transgender or other LGBTQ+ identities.

Two teachers at Buena Vista Middle School — Kelly Baraki and Lori Caldeira — reportedly coaxed a 12-year-old into believing she was not a girl but a trans boy and, with the support of administrators, changed the girl’s name and pronouns.

During a packed school board meeting this week, the girl’s mom took to the podium to excoriate the school staff.

“My child almost lost her life. They didn’t tell me that my child was suicidal,” explained the mother, identified as Jessica Konen. “You allowed these teachers to open their classrooms teaching predatorial information to a young child, my child, who doesn’t even know how to comprehend it all.”

“Do they have psychiatry degrees that I am unaware of?” Konen asked. “Because I did not hire them to sit there and nitpick my child’s brain.”

“You took away my ability to parent my child. You planted seeds,” she told the teachers and staff who interfered with her child’s life.

“Your job was to educate my child in math, science, English, etc. Do your job and let me do mine,” she said to thunderous applause from the standing-room-only crowd.

“Miss Caldeira, you’re guilty. Miss Baraki, you’re guilty,” said the mom, pronouncing sentences on the teachers who wrought havoc in her daughter’s life. “You changed her personal documentation, her gender, her name, her email.”

THREAD: 2 teachers at a California school reportedly coached a 12 year old into a trans identity behind her parents back. The school also changed her name and pronouns without informing the parents.

This was the mom’s speech tonight: pic.twitter.com/xNjChjeKFK

According to The Epoch Times, a few days after a meeting with the teachers, police officers appeared at Konen’s door and said that a complaint had been made to Child Protective Services (CPS).

Officers questioned her children and asked them if they wanted to be removed from the home.

“They made me feel like a monster,” Konen said.

CPS later dropped the case, but from then on Konen was afraid to ask questions about her daughter or her school activities, fearing that CPS could take her children away, The Epoch Times reported.

Preceding Konen’s comments, her father, Gunter Konen, told the board he was infuriated when he found out how Konen and his granddaughter had been treated. He said his granddaughter was a straight-A student before she was “coached” by staff on gender issues.

“She’s the one that’s confused, because she was coached,” he said.

“[Child Protective Services] was called on my daughter because she went to school to have a discussion with the teacher for hiding the fact that [her daughter] was given a new name—a boy’s name,” he said.

Suggesting to a girl that she may be a boy or to a boy he may be a girl is wrong, he said.

“Resign,” the girl’s dad told the teachers when it was his turn at the mic. “Repent.”

The school reportedly called the parents in for a meeting where they informed them that their daughter is trans. The teacher then proceeded to call CPS on them when they didn’t use the “correct” name and pronouns.

This is the dad’s speech tonight: pic.twitter.com/17gl3QBRrQ

“These are teachers that we knew and supported in the classroom, but their actions have gone too far. They’ve used predatory tactics to push political activism on our school grounds to our children,” a third parent said.

“How do I know they’re predatory?” he asked. “They single kids out. They look for kids who don’t fit, are different, or need attention … and they exploited them.”

He said the school board needs to be part of an investigation but should not oversee it because of the role board members likely played in the grooming of the young students and deception of the parents.

Another parent speaks and calls out the predatory behavior by these teachers pic.twitter.com/VJ2JLjR5g4

The same Salinas school teachers were in the news last month after Abigail Shrier — author of the groundbreaking book Irreversible Damage: The Transgender Craze Seducing Our Daughters — reported that the duo had spoken at a California Teachers Association (CTA) conference in October and “went so far as to tout their surveillance of students’ Google searches, internet activity, and hallway conversations in order to target sixth graders for personal invitations to LGBTQ clubs while actively concealing these clubs’ membership rolls from participants’ parents.”

Baraki reportedly said during a seminar titled “Queering in the Middle” that she “stalked” students’ online activity and monitored their conversations before inviting them to her “Gay-Straight Alliance” (GSA) group.

“When we were doing our virtual learning — we totally stalked what they were doing on Google, when they weren’t doing schoolwork,” Baraki said. “One of them was googling ‘Trans Day of Visibility.’ And we’re like ‘check.’ We’re going to invite that kid when we get back on campus.”

“We use our observations of kids in the classroom — conversations that we hear — to personally invite students,” she added. “Because that’s really the way we kinda get the bodies in the door. Right? They need sort of a little bit of an invitation.”

Caldeira told participants that not keeping a record of children who attended her pro-LGBT group helped deflect questions from parents.

“Sometimes we don’t really want to keep records because if parents get upset that their kids are coming, we’re like, ‘Yeah, I don’t know. Maybe they came?’” she said. “You know, we would never want a kid to get in trouble for attending if their parents are upset.”