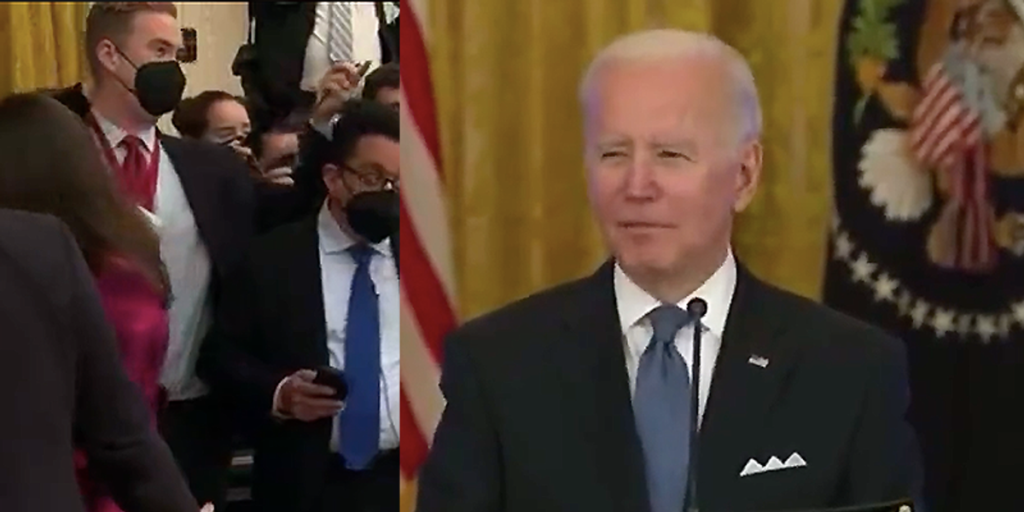 The guy who promised to bring America together and “heal the political divide” was caught on a hot mic making a not-so-healing remark about Fox News White House Correspondent Peter Doocy at the conclusion of his press conference only moments ago.

As the room filled with White House correspondents cleared, Fox News’ Peter Doocy attempted to ask President Biden a final question about inflation from the back of the room. It’s difficult to hear precisely what Doocy is saying, as he’s forced to wear a face mask, but it’s

The camera moved to Joe Biden, who perhaps thought a fairy would turn off his mic, as he mumbled a response to Doocy’s question. “That’s a great asset. More inflation!” Biden mumbled. ” What a stupid son-of-a bitch!” Biden said as he shook his head and looked around the room.

Dementia: When the “Filter” Goes