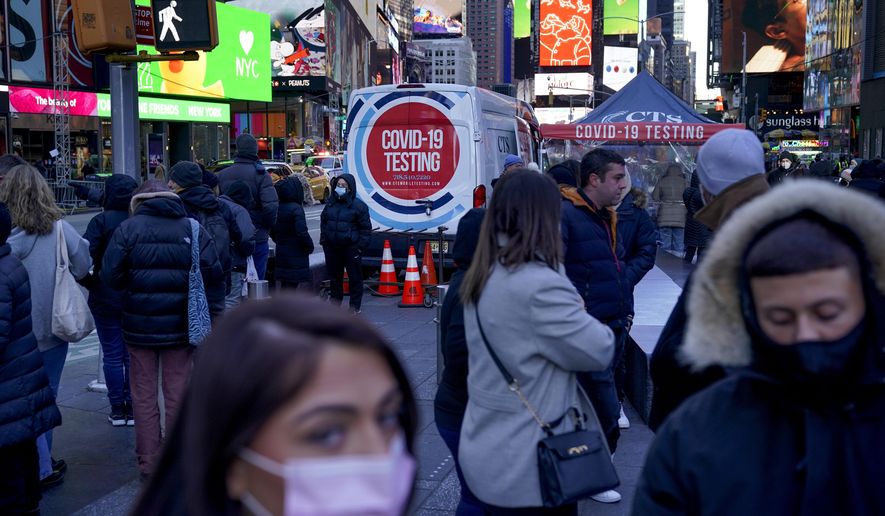 Lockdowns in the U.S. and Europe had little or no impact in reducing deaths from COVID-19, according to a new analysis by researchers at Johns Hopkins University.

The lockdowns during the early phase of the pandemic in 2020 reduced COVID-19 mortality by about 0.2%, said the broad review of multiple scientific studies.

“We find no evidence that lockdowns, school closures, border closures, and limiting gatherings have had a noticeable effect on COVID-19 mortality,” the researchers wrote.

But the research paper said lockdowns did have “devastating effects” on the economy and contributed to numerous social ills.

“Such a standard benefit-cost calculation leads to a strong conclusion: lockdowns should be rejected out of hand as a pandemic policy instrument,” the paper concluded.

Early on, many states and 186 countries imposed bans on work, socialization, in-person schooling, travel and other restrictions to limit the spread of the disease, citing recommendations by top health care experts.

Researchers at the Imperial College London, for example, predicted that such steps could reduce death rates by up to 98%.

That never happened, according to the new study by researchers Steve Hanke, Jonas Herby, and Lars Jonung at Johns Hopkins.

“Overall, we conclude that lockdowns are not an effective way of reducing mortality rates during a pandemic, at least not during the first wave of the COVID-19 pandemic,” they wrote.

They examined deaths early during the pandemic and determined that, by end of the lockdown period studied, on May 20, 2020, a total of 97,081 people had died of COVID-19 in the U.S.

A prominent study at the time had estimated there would be 99,050 deaths without lockdowns.

Mr. Hanke is the founder and co-director of the Johns Hopkins Institute for Applied Economics, Global Health, and the Study of Business Enterprise. Mr. Herby is special adviser at Center for Political Studies in Copenhagen, Denmark. Mr. Jonung is professor emeritus in economics at Lund University, Sweden.

They conducted a “meta-analysis” of dozens of studies that examined COVID-19 mortality rates.

Despite the overall findings, they did note some evidence that closing bars helped to reduce deaths.

“Closing nonessential businesses seems to have had some effect (reducing COVID-19 mortality by 10.6%), which is likely to be related to the closure of bars,” they said.

The researchers said the timing of lockdowns, and unintended consequences, may play a larger role than expected in affecting mortality.

“Lockdowns have limited peoples’ access to safe (outdoor) places such as beaches, parks, and zoos, or included outdoor mask mandates or strict outdoor gathering restrictions, pushing people to meet at less safe (indoor) places,” they wrote. “Indeed, we do find some evidence that limiting gatherings was counterproductive and increased COVID-19 mortality.”