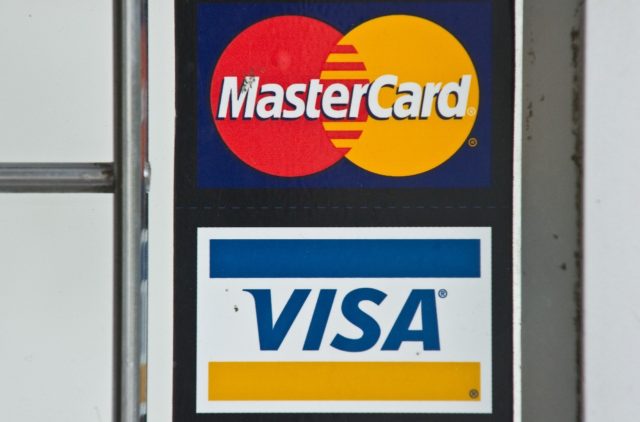 Card payment giants Visa and Mastercard announced Saturday they will suspend operations in Russia, the latest major US firms to join the business freeze-out of Moscow over its invasion of Ukraine.

“Noting the unprecedented nature of the current conflict and the uncertain economic environment,” Mastercard said it had “decided to suspend our network services in Russia.”

Visa, for its part, said that “effective immediately” it would “work with its clients and partners within Russia to cease all Visa transactions over the coming days.”

US President Joe Biden “welcomed the decision” during a phone call with his Ukrainian counterpart Volodymyr Zelensky in which the two discussed US, ally and private industry actions to deter Russia from aggression, according to a White House readout.

Major corporations across a range of industries have halted business in Russia since its invasion began on February 24, including everything from US-based tech firms such as Intel and Airbnb to French luxury giants LVMH, Hermes and Chanel.

Visa and Mastercard had already announced that they were complying with US and international sanctions imposed on Russia in the wake of its attack.

“Our colleagues, our customers and our partners have been affected in ways that most of us could not imagine,” Mastercard said, stating that its cards issued by Russian banks would no longer be supported by the company’s network.

Visa similarly said that cards issued in Russia would no longer work outside the country.

Both companies said cards issued abroad would no longer work in Russia.

Are You Okay with Multinational Corporations Making Overt Political Moves Against Nations?

“With the Visa/Mastercard action & intent against Russia in mind, are you sure you’re okay with multinational corporations choosing, approving or disapproving of national political leadership?

Below is a short list of the multinational corporations who have expressed their intent to choose who will be the President of [any country] targeted by the New World Order.”