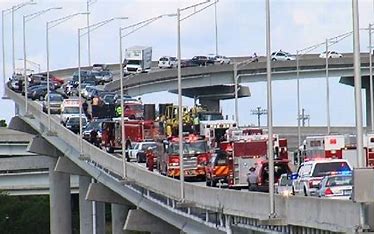 America has only 25 days of diesel supply thanks to Joe Biden’s economic crippling policies.  A diesel fuel crisis will cripple the US.

PJ Media shared the news over the weekend.  The fuel that is used to transport US goods across the country is in a crisis situation:

Oil prices and President Joe Biden’s continued draining of the Strategic Petroleum Reserve (SPR) have dominated the headlines over the past few weeks, but analysts say a more impactful and serious crisis on the energy front looms: a diesel fuel shortage.

Diesel doesn’t get as much of the limelight as oil and gas, but it should because diesel fuel is the industrial lifeblood of the United States, and the price of diesel alone probably has a more significant impact on inflation and the prices you’re paying at the grocery store over any other factor. Without ample amounts of diesel, semi-trucks don’t move, farms are shut down, and critical manufacturing sectors are crippled.

As Bloomberg noted this week, “The US has just 25 days of diesel supply, the lowest since 2008, according to the Energy Information Administration. At the same time, the four-week rolling average of distillates supplied, a proxy for demand, rose to its highest seasonal level since 2007.”

The Biden administration has remained strangely silent, probably hoping that the dismal news doesn’t hit the mainstream because it’s a total political timebomb waiting to go off, especially as the midterm elections are so close.

The diesel crunch comes just weeks ahead of the midterm elections and has the potential to drive up prices for consumers who already view inflation and the economy as a top voting issue. Retail prices have been steadily climbing for more than two weeks. At $5.324 a gallon, they’re 50% higher than this time last year, according to AAA data.

Notably, National Economic Council Director Brian Deese recently commented on the emerging crisis. Deese said diesel inventories are “unacceptably low” and added that “all options are on the table,” whatever that means.

The American trucking industry is very important to this country and truckers rely on diesel to run their trucks.

According to the US Energy Information Administration (EIA), diesel fuel is used to transport goods and run military vehicles and tractors of farms:

Most of the products we use are transported by trucks and trains with diesel engines, and most construction, farming, and military vehicles and equipment also have diesel engines. As a transportation fuel, diesel fuel offers a wide range of performance, efficiency, and safety features. Diesel fuel also has a greater energy density than other liquid fuels, so it provides more useful energy per unit of volume.

Diesel fuel is used for many tasks

Diesel fuel powers most of the farm and construction equipment in the United States. The construction industry also depends on the power diesel fuel provides. Diesel engines can do demanding construction work, such as lifting steel beams, digging foundations and trenches, drilling wells, paving roads, and moving soil safely and efficiently.

The U.S. military uses diesel fuel in tanks and trucks because diesel fuel is less flammable and less explosive than other fuels. Diesel engines are also less likely to stall than gasoline-fueled engines.

The Biden regime, with its holdovers from the Clinton and Obama regimes, has put the American economy in a dangerous position.  The anti-energy policies they push, that help regimes in the Middle East, Russia and Venezuela, are killing the US.

President Trump had America energy independent in less than four years.  Biden is now begging for oil from these America-hating radical regimes.

Renowned Doctor Finds Connection Between Excess Mortality and ‘Vaccines’, Nobody Dares to Publish his Research (Video)

Dr. Spiro Pantazatos co-authored a study on mRNA-induced fatality rates: data that he says has been suppressed by most major publications and journals.

At the outset of the pandemic, Dr. Spiro Pantazatos, a clinical neurobiologist and researcher at Columbia University (on leave), vowed he would stay in lockdown until a vaccine was available. He was a believer. But then he began to question the story being told. Next, he studied the data.

Dr. Pantazatos has found a clear link between the rollout of experimental mRNA vaccines and excess mortality numbers. While life insurance companies began screaming from the rooftops in the late spring of 2022, Dr. Pantazatos was well ahead of the game, producing a paper that demonstrated this link in October 2021. But nobody wanted to read his findings, and no medical journal would publish the paper. “It was diplomatically rejected by many editors at medical journals,” he told Dr. Drew in his eponymous podcast.

Dr. Pantazatos’ paper comes to a simple conclusion using publicly available data; the more vaccines administered, the higher mortality observed. “The number of deaths in each state correlated with the number of vaccinations administered in the previous month,” he said.

However, a basic tenet of data comparison and scientific research says that correlation does not mean causation. In this case, it gave medical journals the opportunity to dismiss his findings by saying that nobody knew if it was the vaccines causing these mortality spikes. But Dr. Pantazatos subsequently cross-referenced his data with that of VAERS deaths, which only strengthened his conclusion that vaccines and excess mortality are linked. His data show that in February, March, and April of 2021, excess mortality was only statistically noticeable in the older age groups. It was not until May that you start to see this in younger age groups,” he said. “The fact that this pattern emerged from the data indicated to me that this is a real signal because that matches the temporal rollout.”