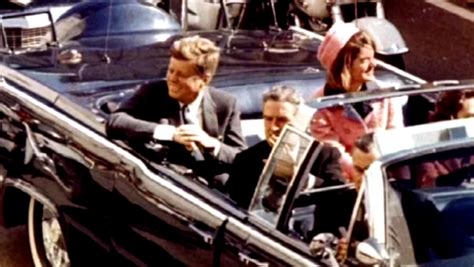 As reported earlier – On Thursday the National Archives released thousands of the never disclosed JFK documents.

But the FBI-CIA would not allow the release of all of the documents. Around 3% of the JFK documents are still being withheld from release by the government to the public — more than 50 years after the assassination.

What are they hiding?

Tonight Tucker Carlson provided the answer to this question on Thursday night.

According to Tucker Carlson the answer is that the CIA was involved in the assassination of JFK.

Tucker Carlson: “We spoke to someone who has access to these still hidden CIA documents. The person is deeply familiar with what they contain. We asked this person directly, did the CIA have a hand in the murder of John F. Kennedy, an American President. And here is the reply we received, verbatim, “The answer is yes. I believe they were involved. It’s a whole different country from what we thought it was. It’s all a fake.”

Fox News host Tucker Carlson gives his take on a source saying the CIA was involved in JFK’s assassination on ‘Tucker Carlson Tonight.”

On Friday Robert F. Kennedy Jr. responded to the Tucker Carlson report. Not only was Robert’s uncle assassinated but his father was also assassinated while he was running for president.

Robert F. Kennedy, Jr.: “The most courageous newscast in 60 years. The CIA’s murder of my uncle was a successful coup d’état from which are democracy has never recovered.”

As a reminder, parts 1-3 of the series covered respectively, Twitter’s decision to interfere in the 2020 election by censoring the Hunter Biden laptop story, how the company created secret blacklists, and how they justified removing former President Donald Trump despite internally agreeing that he didn’t break any rules (parts one, two and three).

Take it away, Matt:

2. The #TwitterFiles are revealing more every day about how the government collects, analyzes, and flags your social media content

3. Twitter’s contact with the FBI was constant and pervasive, as if it were a subsidiary.

4. Between January 2020 and November 2022, there were over 150 emails between the FBI and former Twitter Trust and Safety chief Yoel Roth.

5. Some are mundane, like San Francisco agent Elvis Chan wishing Roth a Happy New Year along with a reminder to attend “our quarterly call next week.” Others are requests for information into Twitter users related to active investigations.

6. But a surprisingly high number are requests by the FBI for Twitter to take action on election misinformation, even involving joke tweets from low-follower accounts.

7. The FBI’s social media-focused task force, known as FTIF, created in the wake of the 2016 election, swelled to 80 agents and corresponded with Twitter to identify alleged foreign influence and election tampering of all kinds.

8. Federal intelligence and law enforcement reach into Twitter included the Department of Homeland Security, which partnered with security contractors and think tanks to pressure Twitter to moderate content.

9. It’s no secret the government analyzes bulk data for all sorts of purposes, everything from tracking terror suspects to making economic forecasts.

11. What stands out is the sheer quantity of reports from the government. Some are aggregated from public hotlines:

12. An unanswered question: do agencies like FBI and DHS do in-house flagging work themselves, or farm it out? “You have to prove to me that inside the f***ing government you can do any kind of massive data or AI search,” says one former intelligence officer.

13. “HELLO TWITTER CONTACTS”: The master-canine quality of the FBI’s relationship to Twitter comes through in this November 2022 email, in which “FBI San Francisco is notifying you” it wants action on four accounts:

14.Twitter personnel in that case went on to look for reasons to suspend all four accounts, including @fromMA, whose tweets are almost all jokes (see sample below), including his “civic misinformation” of Nov. 8:

A top California Republican and lieutenant of Kevin McCarthy is closely tied to the Chinese entities identified by the Trump Administration as being linked to the theft and transfer of American intellectual property by and to China.

Chung Cheng Kuo, who is actually from Taiwan, and who purports to work in the insurance industry, has founded several companies, many with ties to China and the Chinese-connected innovation space and business incubator, the ZGC Innovation Center.

Nothing moves in California Republican Party politics without McCarthy’s say-so. The same goes for the selection of its top party brass. Chung Cheng Kuo, the California GOP’s Vice Chair, and Jessica Patterson, the Chairwoman of the California GOP, are no exception.

Politico reported on the election of a homosexual treasurer, Mr. Kuo, and Patterson – labeled McCarthy allies – as if it were a much-needed salve for “battered California Republicans.”

Unsurprisingly, as it turns out, Politico’s salve actually ends up being America’s Poison.

Kuo, who is the Vice Chair under Jessica Patterson, despite being from Taiwan, has deep ties to the Chinese Communist Party’s tech development and intellectual property theft institutions.

Chung Cheng Kuo and the Chinese Threat to America

Mr. Kuo, or “Peter,” as he calls himself, was recently elected Vice Chairman of the California Republican Party.

Politico celebrated the increased diversity, noting that in addition to the Latina Patterson, the party also elected a gay man as well as an East Bay businessman.

The ZGC Innovation Center is run by ZGC Capital, which is controlled by Beijing’s municipal government through the Zhongguancun Development Group (ZDG).

In 2018, Donald Trump’s US Trade Representative and Elsa Kania identified ZGC and the ZGC Innovation Center, with which Kuo is closely tied, as being linked to the Chinese theft of American intellectual property (I.P.) and transfer of American I.P. to China.