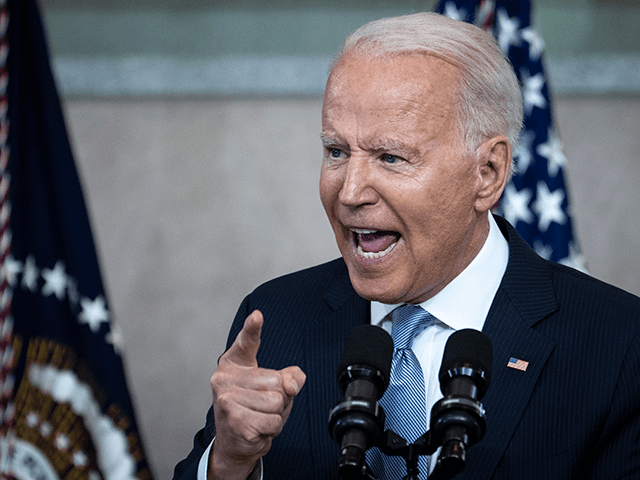 The 10th Twitter Files were released Monday and showed how the Biden administration would pressure Twitter to “de-platform” users who did not adopt the White House’s COVID messaging.

“When the Biden admin took over, one of their first meeting requests with Twitter executives was on Covid. The focus was on anti-vaxxer accounts.’ Especially Alex Berenson,” Zweig wrote.

Berenson is a prominent independent reporter, who used to work with the New York Times, with nearly 500k Twitter followers. In August, after Berenson was critical of COVID-19 vaccinations, he was permanently suspended from Twitter.

Speaking of the COVID vaccine, Berenson said, “think of it — at best — as a therapeutic with a limited window of efficacy and terrible side effect profile that must be dosed IN ADVANCE OF ILLNESS.”

A Harvard epidemiologist who tweeted about how “those with prior natural infection” do not need to be vaccinated had his tweet marked as “misleading” because it contrasted with the Biden admin’s COVID data.

Zweig noted how Twitter staff called on Donald Trump to be censored after the former president called on his followers to not “be afraid of Covid” following his recovery from the virus.

“In a surreal exchange, Jim Baker, at the time Twitter’s Deputy General Counsel, asks why telling people to not be afraid wasn’t a violation of Twitter’s Covid-19 misinformation policy,” Zweig wrote.

Kevin McCarthy elected House speaker on the 15th vote, most since before the Civil War

At long last, a battle for House speaker not seen since the mid-19th century ended early Saturday morning when Rep. Kevin McCarthy peeled off enough Republican holdouts on the 15th ballot to end the four-day marathon contest.

“That was easy, huh?” McCarthy joked to House members in his first speech as speaker. “I never thought we’d get up here.”

Friday’s late night voting began after the House reconvened at 10 p.m. Hours earlier, McCarthy failed the first two speakership votes of the day – the 12th and 13th ballots of the week.

He was also dealt a stunning defeat, by one vote, on the 14th ballot in a roll call filled with high drama. It was his best performance since voting began on Tuesday.

McCarthy finally won the 15th ballot with 216 votes. Democratic Minority Leader Hakeem Jeffries placed second with 212 votes from the entire Democratic caucus, which was unified on all ballots cast this week.

Kevin McCarthy apparently gave away the farm to put him in place to win the Speakership of the US House. But the list of items requested for votes is missing the biggest thing.

Kevin McCarthy‘s concessions to a group of arch conservatives has won him 15 votes and (maybe) counting – while also likely ensuring future headaches, floor fights, Senate clashes and perhaps even a crisis over whether the U.S. goes into default.

The final concessions that McCarthy negotiated were enough to bring over a group of fellow elected lawmakers who had voted against him repeatedly on 12 successive votes, amid the prolonged televised spectacle.

They got nearly everything they asked for – beyond subcommittee gavels that other members of the Conference rejected as an unfair boost, although McCarthy still wasn’t able to prevail on the 13th vote to elect him as Speaker.

According to the report, the list of items McCarthy promised is as follows:

Noticeably missing from the list is investigations into the 2020 and 2022 Elections and reasons for certifying the uncertifiable results.

Both elections included election disqualifying corruption in systems, processes and people that made the elections uncertifiable.  This country will never survive as long as elections are stolen from the American people.

Without free and fair elections, this country is not free.