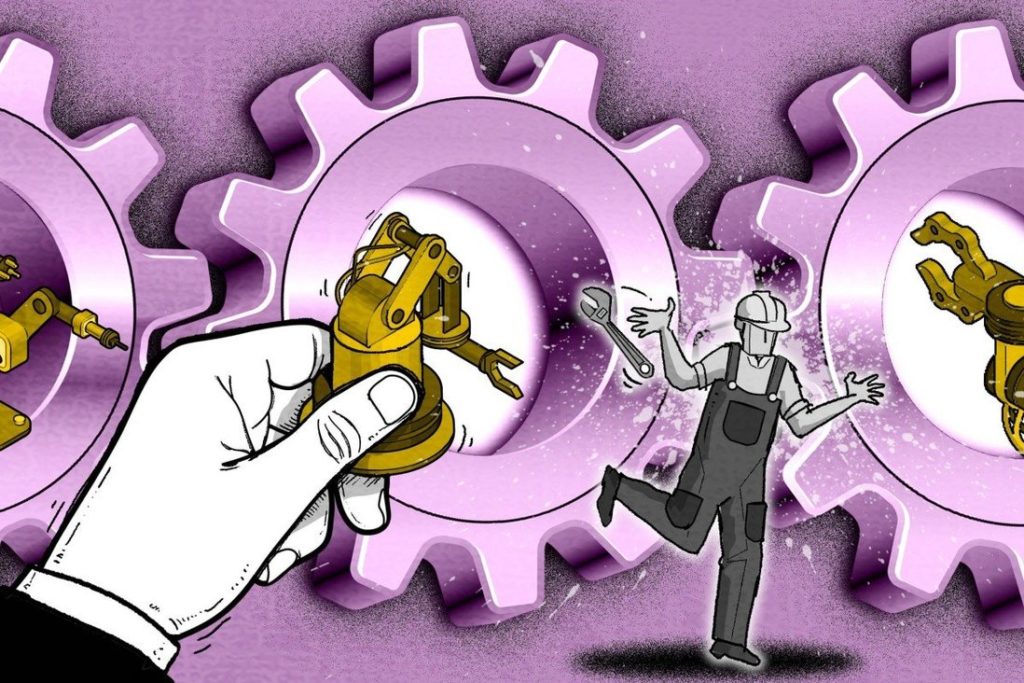 Pandemic-led export boom, concerns over China’s rapidly ageing society and a desire to save money have all contributed to the trend of replacing workers with machines

Automation helps upgrade manufacturing and the supply chain, but some say it does little to help boost domestic consumption or address China’s ageing problem

At his family’s small rice factory in Hunan, Zhou Di has invested more than 200,000 yuan (US$31,350) over the past three years to arm it with automation, including machines for sorting and packing.

“All rice-processing factories I know of have been automated, at least partially. Although my family is located in a rural farming village and with only four people, we’re no exception,” said Zhou, who harvests 100 acres of rice a year, yielding about 100 tonnes of the grain. “My parents are close to 60 years old, and automation is what will keep our rice factory running instead of closing down in the future.”

The pace of replacing humans with robots in industries across China has been accelerating rapidly in the past couple of years, with observations on the ground suggesting that most industrial robotics and intelligent-manufacturing integrated service companies had at least doubled their annual sales in 2021.

With the large-scale market applications of automation, China has made breakthroughs across a range of technologies, including navigation and optoelectronics, said Luo Jun, chief executive of the International Robotics and Intelligent Equipment Industry Alliance, a government think tank focused on smart manufacturing.

The popularity of the robotics market has also exceeded expectations in the past two years. In Dongguan, Guangdong province, more than 3,000 companies invested in automated production lines between 2016 and 2020, according to the official website of Dongguan city.

In 2020, a local food-processing company invested 30 million yuan in automating one of its workshops that produces caramel treats, and by doing so was able to reduce the number of workers there by nearly 70 per cent, the report said.

According to the report, the company once hired as many as 9,000 employees during the peak production season, but that number was cut to less than 5,000 because of automation upgrades.

“The entire robotics-enabled automation industry is very hot,” said Hu Haifeng, sales manager at Beijing-based Rokae Robotics. “Because of the impact of the pandemic lockdowns, the entire manufacturing industry has realised that production must be automated. Companies that had adopted a wait-and-see attitude have started rushing to place orders [for industrial robots].”

Hu pointed to his company to illustrate his point, noting that sales reached 130 million yuan in 2020, but last year’s sales may have doubled that.

“We are looking to replace imported mid- to high-end robots in electronics, automobiles and medical manufacturing, and even collaborative robots related to surgery,” he said. “So far, the shortage of imported chips has had little impact on us because we have seen great progress in domestic-made core components.”