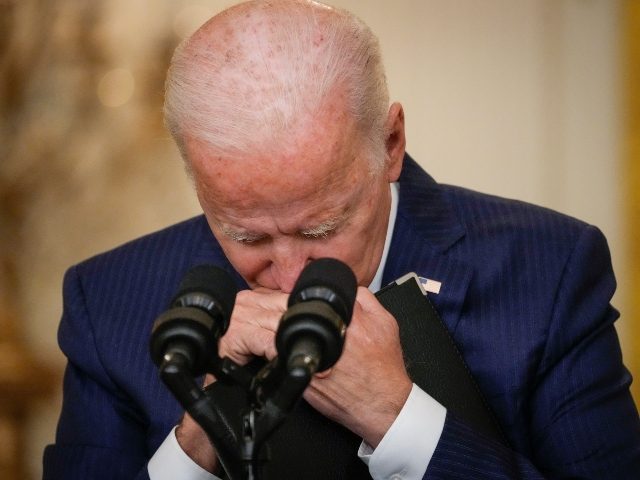 Travelers celebrated Monday by whipping off their face coverings and cheering after a White House official said that passengers on planes, trains and busses can finally shed their masks after more than two years.

The news came immediately following a federal ruling out of Florida that struck down the public transit mask mandate, which had recently been extended by the Centers for Disease Control (CDC).

The ruling by US District Judge Kathryn Kimball Mizelle in Tampa, an appointee of former President Donald Trump, appeared to free operators to make their own decisions about mask requirements.

She said the CDC had failed to justify its ‘unlawful’ mask policy, stretched the meaning of ‘sanitation’ in the law to encompass face coverings, and did not follow proper rulemaking procedures that left it fatally flawed.

In her 59-page ruling, Mizelle said the only remedy was to vacate the rule entirely across the country because it would be impossible to end it for the plaintiffs in the lawsuit, two individuals and the non-profit Health Freedom Defense Fund.

The CDC had issued the mandate in February 2021 and it was due to expire next month after it was extended multiple times at the request of Joe Biden. Now operators can decide their own policy on mask-wearing, pending a potential appeal to the ruling by the US Department of Justice.

Multiple people flying the friendly skies posted videos and photos Monday of people taking off their masks and applauding the ruling.

One man wrote: ‘I’m on Delta flight to NYC now and the plane absolutely went bonkers when Captain said NO NEED TO WEAR A MASK ON THIS FLIGHT. We are taking our country back!!!’

Ben Dietderich added, as he heard the announcement: ‘A wonderful moment mid flight on @alaskaair today!

On the first flight to Las Vegas where passengers were allowed for the first time in more than two years to shed their masks during a flight, photographers captured people immediately getting rid of the face coverings.

Inside LAX airport, the scene was very quiet, as some passengers didn’t appear to be aware of the new rules allowing them to go mask-free. Signs were still up as of Monday evening advising passengers to wear masks at all times.

TSA agents at the American Airlines terminal told photographers they were aware of the update.

On Monday, it was announced that the Transportation Security Administration (TSA) will no longer enforce masks on public transit – though the CDC still recommends them.

Several airlines also announced that they will not enforce a mask policy for passengers anymore.

Within hours of a court ruling that the federal bureaucracy had overreached in its mask mandate on public transportation, America’s biggest airlines all had ended their rules.

The social media accounts of Delta, United, American and Alaska all had announced before 9 p.m. EDT Monday that masks were now optional on all their domestic flights.

“Masks are no longer required on domestic flights, select international flights (dependent upon the arrival country’s requirements) or at U.S. airports. More comfortable keeping yours on? Go right ahead … the choice is yours (you look dino-mite either way)!” United wrote during the 7 p.m. hour.

Alaska Airlines already had announced that “BREAKING: Face masks are officially optional in airports and onboard all Alaska Airlines and Horizon Air flights, effective immediately” and posted a link to a statement on its site.

While Southwest’s social-media accounts and website had no official statement, a video posted on Twitter from Ronald Reagan Washington National Airport showed an employee announcing at the gate that the airline would no longer require masks, to some scattered applause.

Like United, American Airlines cautioned that “face masks may still be required based on local ordinances, or when traveling to/from certain international locations.”

In its statement, Delta Air Lines cautioned its passengers to be understanding and avoid confrontations.

“Given the unexpected nature of this announcement, please be aware that customers, airline employees and federal agency employees, such as TSA, may be receiving this information at different times. You may experience inconsistent enforcement during the next 24 hours as this news is more broadly communicated – remember to show understanding and patience with others who may not be aware enforcement is no longer required,” Delta wrote.